Mary Trump is expected to discuss her new book "Too Much and Never Enough" with Ryan Tubridy on RTE in Ireland. 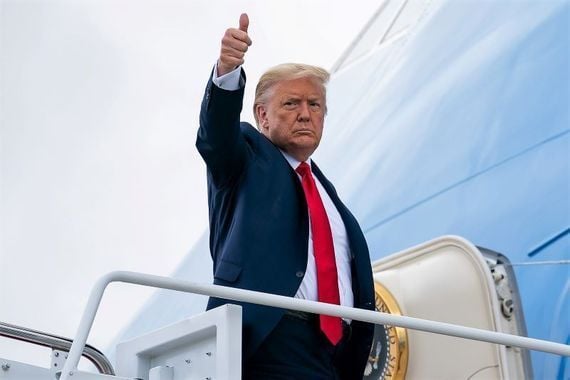 Donald Trump's niece Mary Trump will feature on the Late Late Show this Friday to talk about her new book about the President.

Mary Trump is one of the standout guests on the Irish talk show this Friday and will join Ryan Tubridy to discuss "Too Much and Never Enough: How My Family Created The World's Most Dangerous Man."

Released on July 14 in controversial circumstances, Mary Trump's book describes the President as a narcissist, a fraud, and a bully.

The book delves into Trump's family life and his relationship with his father, Fred Trump Sr., and Mary Trump alleges that it was Fred Sr. who "set the monster free."

The President attempted to block publication of the book, taking the case to the New York Supreme Court through his brother Robert, but the judge presiding over the case found in favor of Mary Trump and her publisher.

Meanwhile, Majella Moynihan, a Garda whistleblower who threw discrimination amongst gardaí into sharp relief, will also feature on Friday's show.

In the 1980s, Moynihan was charged for breaking the gardaí's disciplinary rules for having premarital sex, becoming pregnant, and having a child.

Moynihan left the force after 15 years, and claimed recently that she had endured years of verbal abuse in the workplace.

The Garda Commissioner and the Department of Justice both apologized to Moynihan for the treatment she endured while working as a Garda.

Two-time Academy Award-winning actress Jane Fonda will also appear on Friday's show to reminisce about her time in Northern Ireland, among other things.

Popular British comedy duo Ant & Dec will also join Ryan Tubridy to talk about their Irish roots while Dublin GAA legend will feature to talk about his new book.