John Hume sang Danny Boy, "one of the greatest songs in the world," during an appearance on RTE's The Late Late Show in 2004. 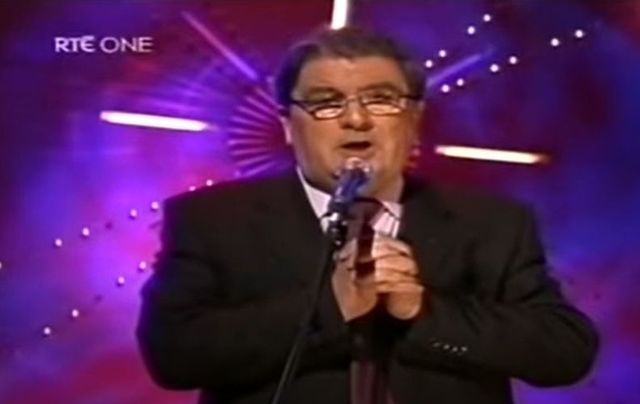 John Hume, who sadly passed away on August 3, 2020, delighted the public with a rather effortless rendition of "Danny Boy" in 2004.

Announcing that "you're not a Derryman unless you can sing," John Hume gladly obliged to singing the beloved tune while on RTE's The Late Late Show in 2004.

Hume, accompanied by his wife Pat, was on the Irish talk show to announce that he was retiring from public life. The Derry native politician and Nobel Peace Prize laureate deemed "Danny Boy" as "one of the greatest songs in the world."

John Hume passed away in Ireland on August 3, 2020 at the age of 83. The Derry native was a civil rights activist and a founding member of the Social Democratic and Labour Party (SDLP).

His work in advocating for fairness saw him lead the Civil Rights Movement in Derry in the 1960s and continued as he led the SDLP from 1979 until 2001.

In 1998, he was awarded the Nobel Peace Prize for his work in Northern Ireland's Peace Process.

Danny Boy was one of Hume's favorite songs and by his own admission on the Late Late he considered it "one of the greatest songs in the world." Most fittingly, the roots of the famous Irish song "Danny Boy" have roots in his hometown of Derry.

The song dates back to that 1690 siege of Derry and started its life as the tune known as the "Derry Air." It's believed by some to date back to Rory Dall O'Cahan, an Irish harpist who lived in Scotland in the late 17th century, while the lyrics as we know and love them today were penned by a British barrister and prolific songwriter, Frederick Edward Weatherly.