Irish Muslim cleric warns that there may be 100 or more people linked to extremism currently in Ireland. 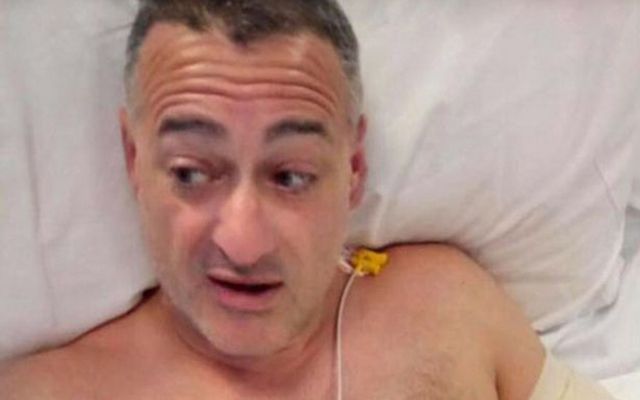 Roy Larner took on three of the London Bridge attackers and was stabbed eight times. Facebook

The Irish mother of London Bridge hero Roy Larner has expressed her pride at her son’s courage in facing off with the attackers, allowing other civilians to run for safety.

Larner was enjoying a pint with friends last Saturday night when the three attackers responsible for the London Bridge incident rushed into the pub they were sitting in wielding knives and shouting “This is for Allah”. A massive soccer fan, Larner shouted back at them “Fuck you, I’m Millwall”, a battle cry of his beloved football club Millwall FC.

While Larner has been hoping to “take the piss” out of the attackers, his shouts directed their attention on him and the trio rounded on the 47-year-old, stabbing him eight times. Larner is said to have continued shouting “Fuck you, I’m Millwall” as he was attacked, giving other patrons of the pub he chance to make their escape.

He is now in hospital recovering from his injuries while the British public are requesting he be awarded the George Cross for his show of bravery.

Originally from Co. Sligo, his mom Phyllis Larner has spoken of her fearless son and the pride she has in his actions.

"That's Roy, if anyone has a go at him he just has to go back, whether he gets the worst of it or not,” she told ITN News.

"That's just how he is, Roy is a Millwall fan, what do you expect? He'll stand up to anybody.

"He doesn't care who it is he says what he has to say, he's not scared of anyone. He's fearless is Roy.

I don't think the quote "Fuck you, I'm Millwall" said to 3 terrorists armed with knives will ever be beaten. Roy Larner, I salute you sir.

"Even if he had died, at least we could say he stood up and did the right thing.

"I just feel terrible for those families who have lost people."

Roy Larner who took on London attackers with his bare hands...

Larne was one of 48 people injured in the London Bridge terrorist attack last weekend, 21 of them critically. Seven died in the attack which saw three attackers drive into pedestrians and then emerge from the vehicle and take to the streets of London with knifes.

Co. Derry woman Amy Webster was also caught up in the attack just two years after she survived  a 7.8 magnitude earthquake in Nepal in 2015. The 26-year-old was enjoying drinks with her boyfriend in Borough Market when the attackers tried to enter.

"There were glasses being chucked around, bottles, and then people were throwing chairs," she told BBC Radio Foyle.

"People at the back of the restaurant started screaming and running away from it."

"We started to run away and it wasn't until after a couple of minutes the manager managed to get the guys out of the restaurant and close the shutters.

“We started to come back into the restaurant and someone was saying: 'A girl's been stabbed.'

"Basically, three men had come in with knives and stabbed a girl next to the door."

It has since emerged that one of the attackers, the three of whom were shot dead by British police to bring the attack to an end, had lived in Ireland, marrying his wife here in 2012 after he was refused asylum in the UK in 2009.

Rachid Redouane was identified by police with thanks to the Irish ID he was carrying and is feared to have used Ireland as a “back door” into the UK.

A leading Muslim cleric in Ireland has stated that he is not surprised that one of the attackers was identified as having spent time in Ireland, warning that more attention must be paid to the level at which extremism is infiltrating the country.

Shaykh Dr Muhammad Umar al-Qadri believes there now to be “100 or more” Islamic extremists in Ireland, having warned of the problems this caused to the country over the past two years but believing them to have fallen on deaf ears.

"Not being aware of it or being ignorant of it is not enough. I want Muslim leaders in Ireland to take the lead in speaking out against extremism, of providing a counter-narrative to the messages of hate and of telling people you can be a good Muslim and a good Irish citizen," Dr al-Qadri told the Irish Independent.

"It is shocking that extremists in Ireland propagate their hate narratives openly on social media. They even have a public page.

"Now it has been proven. The truth is that hate narratives must be called out and sidelined by the Muslim leadership.”

Redouane was not widely known in Irish Muslim circles, however, and it appears he did not come into contact with anybody else of Moroccan or Libyan heritage.

"We have asked within our community to members who come from a Libyan and Moroccan background and no-one knows him," Dr al-Qadri said.

"Had I known him, he would have been reported to the gardaí."