An Irish man has died and another Irish person is in critical condition after the car they were in flipped over and was engulfed in flames in Hillsboro, near Portland, Oregon on July 3. 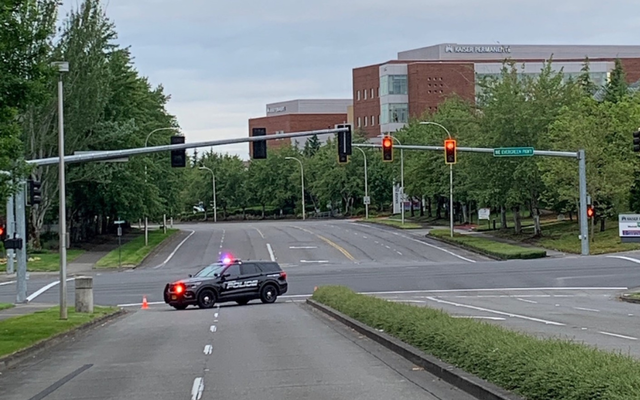 Hillsboro Police Department responded to a report of a serious road accident in the early hours of Sunday morning. @HillsboroPolice Twitter

Two Irish men have been involved in a serious road accident in the city of Hillsboro near Portland, Oregon.

An Irish man has died and another is in critical condition after the car they were in flipped over and was engulfed in flames early on Sunday, July 3.

Hillsboro Police Department responded to a report of a rollover, single-vehicle crash at around 4:30 am on July 3 near Tanasbourne Drive and Stucki Avenue on the edge of the town and close to Highway 26.

Arriving at the scene they discovered the vehicle on its top and fully engulfed in fire. In a statement, Hillsboro Police said, “One person was extricated by officers and transported to a local hospital with potentially life-threatening injuries. A second occupant was deceased. The cause of the crash is unknown.”

Neither men have been officially identified until all next of kin have been notified but police did confirm that both were Irish and working in the US. Other details about their ages, backgrounds, and origins in Ireland are not available at this time.

The Washington County Crash Analysis Reconstruction Team (CART) was called to the scene and has completed the crash scene investigation.

CART is a multi-agency team of specially trained law enforcement officers from the Sheriff's Office, local police departments, and the Washington County District Attorney's Office. The team investigates and reconstructs traffic crashes that may result in the prosecution of felony assault or manslaughter charges. The team can also assist with diagramming crime scenes.

Hillsboro Public Works Crews cleared a down tree and debris from the roadway. All roads affected by the crash are now open.