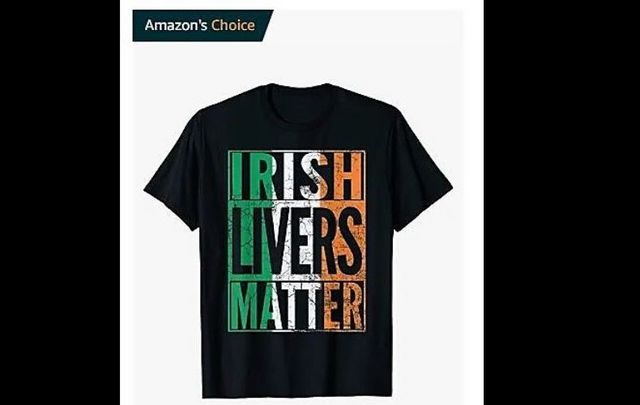 The Ancient Order of Hibernians (AOH) has slammed Amazon for their promotion of a shirt that reads “Irish Livers Matter,” an obvious riff on the “Black Lives Matter” movement that at the same time perpetuates a stereotype about the Irish.

IrishCentral previously reported on "Irish Livers Matter" and "Drunk Lives Matter" shirts that were for sale on Amazon in 2017.

As the Black Lives Matter movement has gained renewed momentum since the death of Black man George Floyd in Minneapolis on May 25, so have products that misappropriate the BLM slogan.

A search for "Irish Livers Matter" on Amazon on June 25 yields several pages of results that feature clothing, hats, and even baby onesies with the phrase.

In a statement issued on June 25, Neil Cosgrove, the Anti-Defamation Chair for the AOH, the oldest and largest Irish Catholic organization in the US, said: “Amazon continues to hypocritically talk about embracing respect for all heritages and diversity while peddling prejudice for profit. Currently on Amazon, there are 142 items for sale with the phrase 'Irish Livers Matter.' One of the items is even labeled 'Amazon’s Choice.' 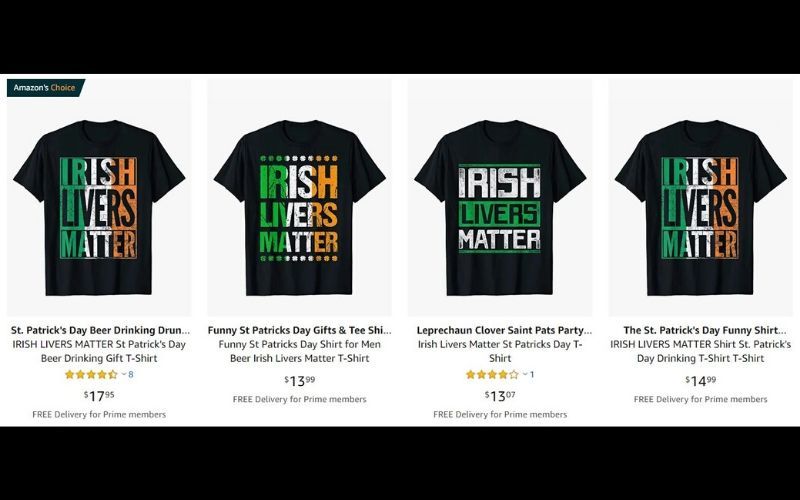 A screengrab of the search results for "Irish Livers Matter" on Amazon on June 25, 2020. (Amazon)

“This is in addition to numerous items emblazoned with 'Irish Lives Matter,' but certainly 'Irish Livers Matter' plumbs new depths of defamation, there is no uninformed or misguided positive spin or nuanced interpretation one can put on 'Irish Livers Matter;' it insults two heritages for one low price.

“The hypocrisy of Mr. Bezos’ publicly virtue signaling on Amazon’s policy of respect and diversity while continually peddling prejudice for profit is cynically hypocritical. The Hibernians have repeatedly reached out to Amazon concerning their defaming merchandise, most recently concerning their sale of a “F*** St. Patrick’s Day" shirt, including a petition with over 5.000 signatures, only to be ignored. The sale of the "Irish Livers Matter" shirt is just another example of Amazon's diversity duplicity.