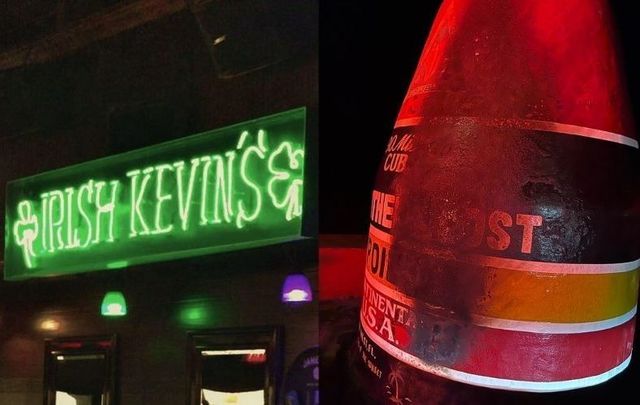 Key West Police said on January 1 that two males lit a Christmas tree on fire in front of the Southernmost Point buoy around 3:30 am and that the flames charred sections of the famous monument.

LANDMARK DESTROYED: Police in Florida’s Key West say two suspects caused “extensive damage” to the landmark Southernmost Point buoy when they set fire to a Christmas tree right next to it in the early hours of New Years Day. pic.twitter.com/U5hOwIwy89

One of the people who saw the footage on January 1 was Irish American bartender Cameron Briody, who instantly recognized one of the suspects.

As it happens, Briody served the suspect three times during the bar’s New Year’s Eve celebrations at Irish Kevin’s - and the merrymaker didn’t tip Briody once, making quite the impression on the bartender.

Briody contacted the Irish Kevin’s general manager Daylin Starks, who reviewed footage from the bar and was able to match credit card receipts to time-stamped videos of the man and his 22-year-old friend.

“We could follow them the whole time, in and out of the bar,” Starks said. “We could see them getting rejected from all the girls they were trying to hit on.”

Thanks to the help from Irish Kevin's, Key West Police announced on January 6 that they had obtained warrants for the two men suspected of defacing the Southernmost Point buoy - David B. Perkins, Jr., 21, of Leesburg, Florida, and Skylar Rae Jacobson, 21, of Henrietta Texas.

Perkins turned himself in to police that day, while Jacobson made arrangements to also turn himself in. Both face charges of criminal mischief with damages over $1,000.

“I simply remembered serving the one guy and things progressed from there,” Briody told The Tampa Bay Times. “Daylin’s detective skills definitely solved the case and obviously the rest of the credit goes to the KWPD for all of their hard work.”

That same day, Irish Kevin’s paid tribute to Briody for helping solve the crime. “Now that the police department has released the names of the people responsible for the buoy vandalism, we wanted to take this opportunity to give our bartender Cameron Briody a huge shout out!," the bar said on Facebook.

“We are extremely proud of Cameron, The Key West Police Department, and anyone else who took part in naming these suspects. We are also glad that those responsible for vandalizing a city landmark so near and dear to so many will have to take responsibility for their actions.

"We always want everyone to have fun when visiting, just don't be jerks! Oxoxox”

Now that the police department has released the names of the people responsible for the buoy vandalism, we wanted to...

As is only right, Briody was treated to a “rum reward” by “The Conch Republic” for his sleuthing.

In a video shared on The Conch Republic's Facebook, Briody says: “There’s a lesson for you: Always tip your bartender or he will remember you, for the good reasons or the bad reasons,"

Posted by The Conch Republic on Friday, January 7, 2022