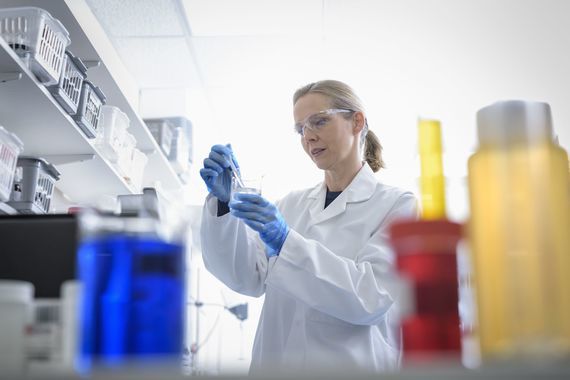 The three patients were given a single dose of a new gene therapy treatment. Getty

Three Irish patients have been given a "functional cure" for the condition known as hemophilia.

The three patients were among 54 patients worldwide who participated in a trial for treating severe hemophilia by using groundbreaking gene therapy.

Hemophilia is a group of inherited blood disorders that causes a defect in the clotting mechanism in the blood, leading to prolonged bleeding and more severe bruising.

Patients can be treated for the condition through weekly injections, but the new gene therapy treatment will work for up to ten years by providing patients with a "working copy" of genes that allow normal blood clotting.

The three Irish patients were given a single intravenous dose of the gene to the liver this spring at St. James's Hospital and were monitored closely thereafter.

Researchers observed that the gene therapy treatment produced the missing clotting factor in the patients' blood, allowing them to heal more effectively.

Brian O’Mahony, head of the Irish Hemophilia Society and one of the patients in the trial, said that he no longer had the condition after the treatment, describing himself as "functionally cured".

"I’ve had no side-effects and my factor IX level has stayed normal. After living my entire life with severe hemophilia, at the moment I don’t have it," O'Mahony told the Irish Times.

Dr. Niamh O’Connell of the National Coagulation Centre at St. James's Hospital said that the breakthrough came after more than 20 years of research and study. She said that the new gene therapy treatment provides patients who suffer from hemophilia with a lasting protection for the first time.

Patients suffering from hemophilia B will benefit from the new gene therapy treatment, while similar treatments are also being developed for hemophilia A patients.