Four people were killed when the Irish Coast Guard's Rescue 116 helicopter crashed off the coast of Co Mayo in March 2017. 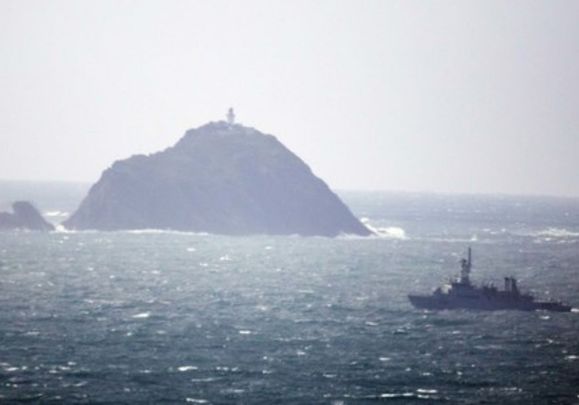 The helicopter crashed into Blackrock Island during poor weather in March 2017. Rolling News

A report into a fatal Irish Coast Guard helicopter crash in 2017 has stated that several navigational issues were responsible for the accident.

All four crew members on board the Dublin-based Rescue 116 helicopter were killed when it crashed into Blackrock Island off the coast of Mayo in March 2017.

The final Air Accident Investigation Unit report into the crash was published on Friday and made a number of criticisms of the Irish Coast Guard and the private company that operated the helicopter.

The Sikorsky S-92 helicopter was being operated by private firm CHC Ireland on behalf of the Irish Coast Guard at the time of the crash.

The crew was providing top cover for another helicopter that was airlifting a casualty onboard a fishing vessel to safety around 140 miles off the west coast of Ireland.

The report states that the helicopter was roughly 200 ft about sea level when it crashed into the western end of Blackrock Island and then hit the sea.

There were several factors that prevented the flight crew from detecting the island before the crash, the report added.

The mission took place at night during poor weather, leaving the crew "unaware" that they were heading toward the 282 ft high island. 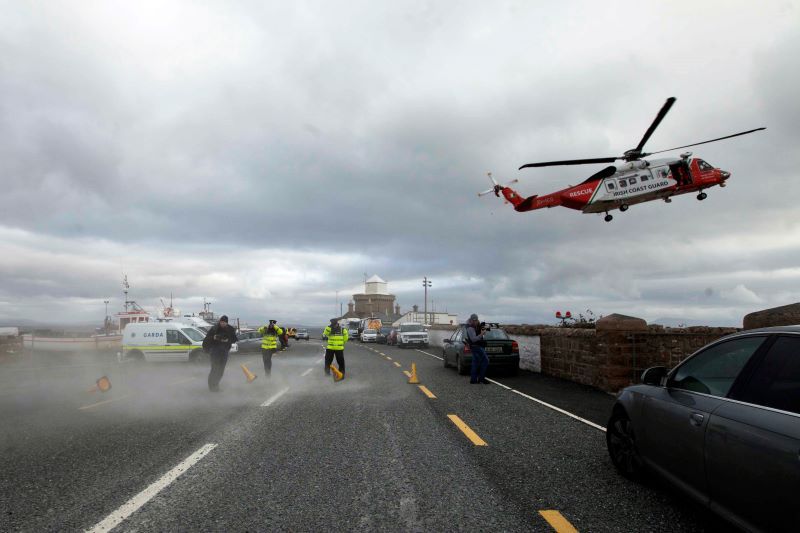 March 15, 2017: Emergency Service activity day two at the search scene for three missing members of the Irish Coast Guard whose helicopter crashed while on a rescue mission off County Mayo. (RollingNews.ie)

The report also stated that the crew were from the east coast and would not have had the same local knowledge as a crew based on the west coast.

The 350-page report was the result of the most detailed inquiry ever conducted by the Air Accident Investigation Unit and included 42 safety recommendations.

It stated that the crew's vision may have been "compromised" by the helicopter's lights and added that the testing of routes was not "formalized, standardized, controlled or periodic".

The investigation found that the design of flight routes could also be improved and stressed that helicopters should only launch "when absolutely necessary".

Furthermore, training provided to flight crews about the route guide and the electronic flight management system was insufficient.

The report also found that pilots had raised concerns that Blackrock Island was not mapped onto a warning system that alerted flight crews of nearby terrain four years before the accident.

An email raising concerns over the omission of Blackrock Island and Lighthouse from the Enhanced Ground Proximity Warning System was "not acted on".

The bodies of Captain Dara Fitzpatrick and Captain Mark Duffy were recovered after the fatal crash, but the remains of winch crew Paul Ormsby and Ciarán Smith remain lost at sea.

The report stated that Fitzpatrick managed to leave the helicopter and deploy her life jacket but said that the cold, darkness and shock likely acted against her survival chances. Fitzpatrick was submerged 10m underwater when she exited the helicopter. 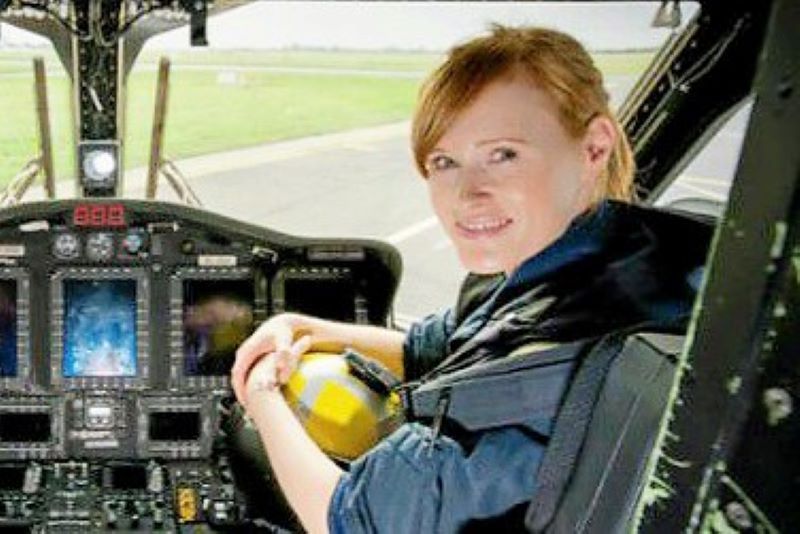 Her family welcomed the report and thanked everyone involved in the investigation into the "devastating accident".

In a statement, her family said that they hope that those responsible will "urgently implement the necessary changes" so that a similar accident doesn't take place in the future.

Fitzpatrick's family said that they hoped the changes would be implemented "so that such an accident will never happen again, that no one else will needlessly lose their lives, and that no other families will have to endure the devastating loss that we endure with the untimely death of our beautiful Dara".

Transport Minister Eamon Ryan described the incident as a "tragic accident that claimed the lives of four individuals who were dedicated to saving the lives of others".

"The completion of the investigation and the publication of the report is a key step in ensuring that such accidents are prevented in the future. I wish to acknowledge the investigative work that has been done by the AAIU that has culminated in this report."