Cian McLaughlin's mother has appealed to the public who may have been in the Grand Teton National Park to check their photos and videos in the search for her missing son. 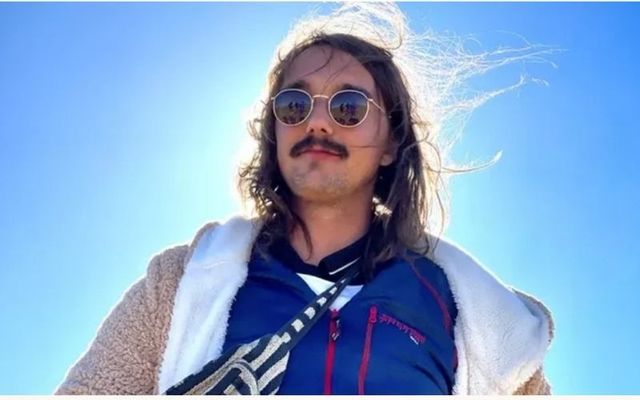 The mother of an Irish man who went missing while hiking in the state of Wyoming during the summer has appealed for the public's help in finding him.

Cian McLaughlin has been missing in Grand Teton National Park in Wyoming since June 8.

His mother Gráinne has appealed to the public who may have been in the park that day or the days that followed to check their photos and videos in case Cian can be spotted in the background.

"It's not rescue, it's a recovery, but I'd like to bring him home. I know he's up there somewhere," she told RTÉ News while searching alongside her brother and her partner in Grand Teton National Park.

'This is not a rescue, it is a recovery'

Gráinne McLaughlin, whose son Cian has been missing in Grand Teton National Park in Wyoming since 8 June, has appealed to anyone who may have been in the US park at that time to help bring him home | Read more: https://t.co/222DLxkqU1 pic.twitter.com/IZ3HzoRPSz

The 27-year-old Irishman who holds dual citizenship in Ireland and the US was an experienced hiker, but Gráinne noted that the melting snow and gushing water in the National Park would have made the terrain unpredictable.

Although the official search operation has been scaled back, family members have continued to walk the hiking trails where he was last seen in the hope of finding answers.

#FINDCian Urgent Appeal. Were you in Grand Teton National Park, Wyoming in June 2021? Did you meet Cian? We are desperate to hear from anyone who may have met him? #GrandTetonNationalPark #MissingPerson pic.twitter.com/H93oMuB3BM

His uncle, Colm O'Higgins, says they are appealing to the public for information.

"Knowing Cian as being very sociable and chatty, he definitely would have talked to people and so someone may remember having seen him on the trail," O'Higgins said.

"Our appeal is to anybody who was in the park around June 8th and who may have taken photos. We are asking them to have a look at their pictures and see if there is someone in the background. They can share them with us at bringcianhome@gmail.com," he said.

Erika Jostad, Chief Ranger at Grand Teton National Park, has said the search for Cian McLaughlin will continue through tactics will begin to change as the snow begins to fall in Wyoming.

But until it's impossible to do so, Cian McLaughlin's mother Gráinne has vowed to continue her search.

"I am thinking of Cian at every moment and trying to connect with him and my hope is to bring him home, to have some resolution and bring him home," she said.