New information in search for Irish man missing in Wyoming

The search for Cian McLaughlin in Wyoming has been adjusted after a hiker who encountered the Irish man on June 8 has come forward with a new tip. 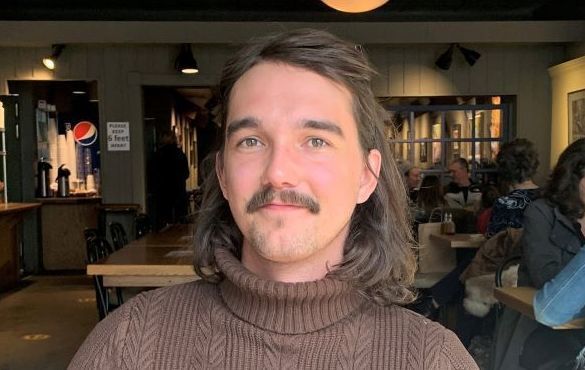 Cian McLaughlin has been missing for more than two weeks. National Park Service

Rangers at Grand Teton National Park in Wyoming have received additional information in the search for missing Irishman Cian McLaughlin, who has not been seen in over two weeks.

A hiker has confirmed that he encountered Cian McLaughlin on Tuesday, June in the late afternoon / early evening - later than the last reported sightings of McLaughlin on the same day - on the south side of the Bradley/Taggart moraine in Grand Teton National Park.

The individual reported McLaughlin was headed south towards Taggart Lake and had a conversation with McLaughlin where he described where he worked, that he’s from Ireland, and currently living in Jackson.

The reporting party continued hiking towards Bradley Lake and did not see McLaughlin again that evening.

As a result of this new information, the park has made additional search efforts around Bradley Lake and Taggart Lake. Park staff also searched the Phelps Lake area, which McLaughlin reportedly likes to visit. No evidence or clues of McLaughlin’s whereabouts were identified.

The National Park Service shared the update today, June 24, six days after their previous update which indicated that efforts were switching to a more "limited" mode.

Dublin native Cian McLaughlin, 27, was last seen on the Garnet Canyon Trail on June 8 and search parties have been combing a 300,000-acre area in the park since his disappearance.

On June 18, the National Park Service said that it was scaling back efforts to find McLaughlin after a 60-person search team combed a 300,000-acre area of the park on Thursday. Five different search and rescue dog teams took part in the search, while teams were also flown into the Garnet Canyon area by the Teton Interagency Helicopter.

The Garnet Canyon Trail is located near the picturesque Bradley Lake and is a popular destination for tourists and hikers. The National Park Service describes the 13-kilometer trail as "strenuous".

McLaughlin was reported missing by the Teton County Sheriff's Office on Sunday, June 13 after he failed to report for work on Thursday, June 11. Park rangers subsequently found his vehicle in the early hours of Sunday morning parked near the Lupine Meadows Trailhead.

The National Park Service has appealed for anyone with information regarding McLaughlin’s whereabouts to contact its Investigative Services Branch.

McLaughlin's mother Grainne has recently arrived in Wyoming thanks in part to an ongoing GoFundMe launched on June 15.

McLaughlin is described as having shoulder-length brown hair and a tattoo on his left forearm. He was wearing a white short-sleeved shirt, bucket hat, shirts, and round sunglasses at the time of his disappearance.