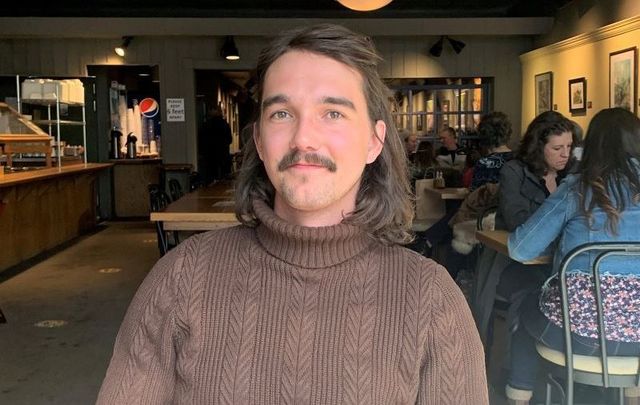 The family of Cian McLaughlin, an Irish man who disappeared in Grand Teton National Park four months ago, has issued a new appeal for information to help find the "incredibly adored" young man.

McLaughlin's family has now issued a new poster appealing for any information that could help find the "adored" Dubliner.

The poster has been circulated in areas near the park and states that the window is closing to locate McLaughlin before winter sets in.

"The weather is changing rapidly and we have a small window to bring home this incredibly adored young man," the poster with the hashtag #FindCian states.

"We desperately need your help to find him and get closure for his loved ones who have been frantically searching over four long months to locate Cian."

The poster says that McLaughlin was wearing a white t-shirt, a pair of shorts, a red Apple Watch, wire-rimmed sunglasses, and a silver necklace at the time of his disappearance.

The appeal additionally notes that McLaughlin is an "incredibly friendly person" and said that he probably would have said hello in passing or stopped to talk to people. 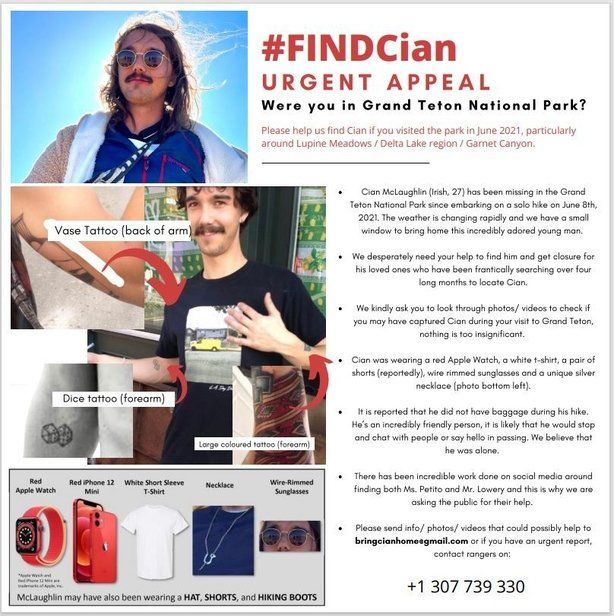 Photographer Sargent Schutt met McLaughlin at the national park in June and took several photographs of the Dubliner, which are included in the newly-released plea for information.

Schutt said that both he and his wife were struck by McLaughlin's "great spirit" and said that he was "deeply saddened" by his disappearance.

"We looked forward to seeing him again, more so than with most anyone I've known for such a short time," Schutt told RTÉ News.

"We and our other friends who knew him here have been deeply saddened by his disappearance, and hope for closure for all of his family and friends in this very unexpected situation."

McLaughlin, 27, was last seen at Grand Teton National Park in Wyoming on Tuesday, June 8. A GoFundMe was launched not long after to assist McLaughlin's family.

A climbing guide reported seeing someone who matched the Dubliner's description heading toward Taggart Lake on the Garnet Canyon Trail, a 13km trail described as "strenuous" by the National Park Service.

However, efforts to locate McLaughlin were scaled back to a "limited" mode more than two weeks after he went missing.