The Irish Government has hired a PR firm to help launch the Department of Health's new medium-term COVID plan after the Government's communications strategy was described as a "shambles" in the Dáil. 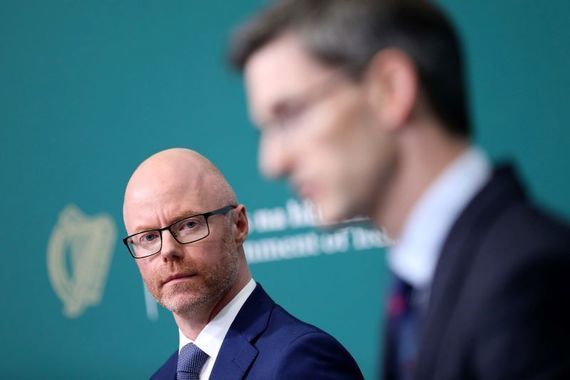 Minister for Health Stephen Donnelly has enlisted the help of a PR firm to avoid confusion over COVID-19 messaging. Rolling News

The Irish Government has hired a PR firm to help launch the Department of Health's new medium-term COVID plan after the Government's communications strategy was described as a "shambles" in the Dáil.

The Department has hired communications company Teneo on a short-term basis to help with the rollout of the new COVID-19 plan.

The Government is expected to roll out a grading system, ranking different parts of the country from one to five based on how well they are dealing with the COVID-19 pandemic.

However, the Government has faced criticism over how it has communicated messages to the Irish public during the COVID-19 pandemic, prompting the Department of Health to recruit outside help to communicate the new plan.

He said that ordinary citizens were unsure of their legal obligations during the pandemic because the messaging had been unclear.

Kenny referenced the Government's public health guidelines that implied that travelers entering Ireland had to self-isolate for 14 days under law. This was never a legal obligation, Kenny said, arguing that unclear communications had undermined public trust.

"It confuses members of the public; erodes public trust in communication about the law; and is an abuse of State power, implying a legal threat that does not exist."

However, a Government spokesperson told the Irish Examiner that Teneo had not been hired in response to the mounting criticism, rather the PR firm was hired because the launch of the new graded plan would be a "really big" job and required outside help.

Teneo is a New York-based PR firm with offices in Dublin and several other cities around the world.