Minister for Justice Frances Fitzgerald confirmed the government will support a Bill to lift the 90-year ban. Now Christmas Day is the only day you could have trouble getting a pint. 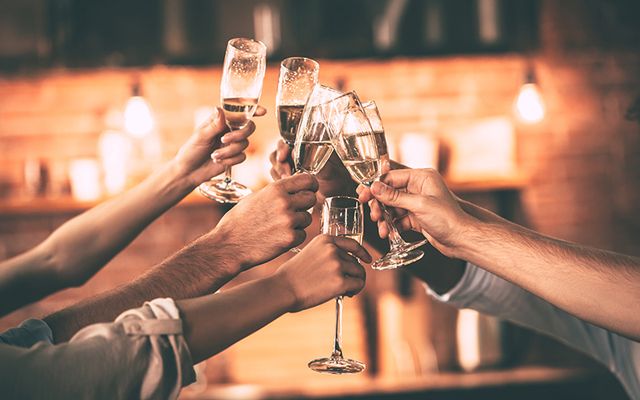 A group celebrate with champagne. iStock

By Good Friday 2018, the 90-year ban on the sale of alcohol on the Catholic holy day will no longer be leaving confused tourists wondering why the pubs are closed across the country on a Friday night. The lifting of the ban means that it is now only on Christmas Day that you may have trouble finding a drink in Ireland.

The Irish government has announced its intention to lift the ban on the sale of alcohol on all premises on Good Friday in the coming year, putting an end to an Irish tradition of joking about the mad dash to the store to stock up on Holy Thursday night.

While the government had already decided that it planned to remove the ban through its own legislation, Minister for Justice Frances Fitzgerald has now announced that changes will be made to a Private Member’s Bill proposed by Independent Senator Billy Lawless that will speed up the process.

Fitzgerald stated that the government would not oppose the “Sale of Alcohol Bill” which is expected to appear in front of the government's later this year. The Bill as it stands would only lift the ban in pubs and off-licences, however, with the Minister pointing out that this would lead to legal anomalies with restaurants and hotels not falling under the Bill. She will ask her Cabinet colleagues to accept amendments to the Bill today which would see the end to the ban across the board and prevent the Government from having to introduce further legislation that may not be in place by Good Friday next year.

If the Sale of Alcohol Bill is passed, next Good Friday will be the first time alcohol is readily available on the holy day for almost a century.

Cue exactly One Million Tweets about it now being called "Great Friday"... https://t.co/oARPzgq6VQ

“While the Bill would, if enacted in its current form, permit the sale of intoxicating liquor on Good Friday in public houses and off-licences, it would not permit such sales in other categories of licensed premises, such as restaurants and hotels,” a government source told the Irish Times.

“Moreover, it would not apply in the case of registered clubs. It would therefore introduce further anomalies and unfair trading conditions in respect of the sale of alcohol on Good Friday.”

For some years, a livestream of Temple Bar featuring confused visitors wandering from pub to pub and wondering where all the craic was had become a form of entertainment for Irish people while others have criticised the country’s relationship with alcohol if pubs can’t suit for even one day of the year.

At one point in time, the Dublin Dog Show was the only place in Ireland where alcohol could be bought and saw flocks of eager drinkers making their way to the RDS with no interest at all in waiting the pooches. As an old Protestant establishment, the Catholic-influenced ban did not apply and the member’s lounge served up pints to the likes of Brendan Behan and poet Patrick Kavanagh.

Pubs in Ireland were also closed on St. Patrick’s Day until the 1970s, despite the large party-theme associated with the day now. It was, in fact, in the US were this celebratory tradition kicked off and Catholics at home observed the Holy Day of Observation and spent St. Patrick;s Day morning attending mass.

Senator Billy Lawless, who introduced the bill, himself does not now need to be worried about acquiring a pint on Good Friday where in his native home of Galway or in his new home of Chicago.

Lawless, a member of governing party Fine Gael, who ran for election with them previously and canvassed on their behalf in the Irish general election in 2016, was the first emigrant senator ever named. He was appointed by former Taoiseach Enda Kenny in May 2016 and is well regarded for his work in fighting for the rights of the undocumented Irish in the US.