Olivia Mulhern, also referred to as Livie, is a 10-month-old baby girl suffering from Type 1 Spinal Muscular Atrophy (SMA) and requires treatment that costs in the region of €2 million. 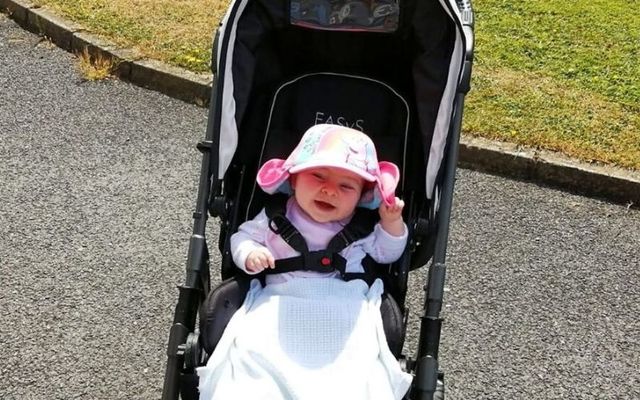 Livie Mulhern requires treatment that costs in the region of €2 million. A Better Life for Livie Facebook

An Irish family has donated €1 million to fund the life-saving treatment of a one-year-old girl after they tragically discovered that their son was no longer a candidate for the same treatment.

Olivia Mulhern, also referred to as Livie, is a 10-month-old baby girl suffering from Type 1 Spinal Muscular Atrophy (SMA) and requires treatment that costs in the region of €2 million.

There is no known cure for SMA, but specialist treatment in the United States has been proven to drastically improve the quality of life for patients and, without it, it is unlikely that Livie would live past her second birthday.

Karen and Keith, Livie's parents launched the "A Better Life for Livie" campaign to try to raise the necessary funds when they received a heartbreaking and poignant donation.

A campaign for Dan Donoher, a one-year-old also suffering from SMA, had raised €1 million before doctors told his parents that the treatment would be useless due to the presence of certain antibodies in his body.

In a hugely touching and heartwarming gesture, Dan's parents Niall and Aisling have donated the funds to the "A Better Life for Livie" campaign to help fund her life-saving treatment, known as Zolgensma.

Livie's mom Karen told Dermot and Dave on TodayFM that she was devastated when she heard that Dan Donoher was no longer a viable candidate for treatment and she said that Niall and Aisling's incredibly generous donation showed what kind of people they were.

"It’s a credit to them that they have turned such devastating news for them into incredible news for us. It just shows the kind of people they are," she said.

Karen and Keith hope to raise sufficient funds by the time Livie turns one on August 26. They say that the sooner they can secure the treatment, the more effective it will be.

Livie was diagnosed with SMA Type 1 on April 9, 2020, and her muscles for crawling, walking, sitting up, swallowing and even breathing are becoming progressively weaker. She currently needs to use an oxygen mask every night to assist with her breathing and it is unlikely that she will ever walk.

Read more: TUNE IN: Do it for Dan Virtual Lip Sync Battle live