A terminally ill, 51-year-old ex-nun and nurse living in County Wexford believes she should be allowed to choose when she dies. 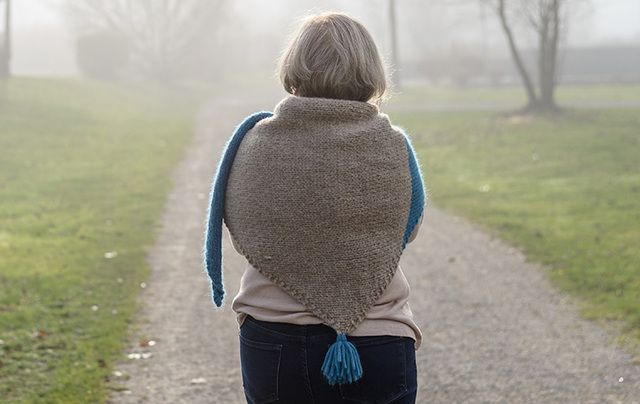 A terminally ill, 51-year-old ex-nun and nurse living in County Wexford believes she should be allowed to choose when she dies. iStock

A terminally ill, 51-year-old ex-nun living in County Wexford believes she should be allowed to choose when she dies.

Kate Tobin spoke to the Irish Times about living with multiple sclerosis, how the Irish government has failed her and her belief that God will welcome her into to heaven even if she chooses when her life ends. Formerly a nun with the Augustinian Sisters, a nursing order, Tobin worked in the United Kingdom as a palliative care nurse for 10 years and is now suffering through the latter stages of multiple sclerosis.

Tobin, who now lives in Clonroche, in County Wexford, told the Irish Times, “When the disease gets worse I want to choose.

“I want to be able to say when to stop my medical care and say, ‘just let me die, I have suffered enough’.”

She said her futures is “a slow paralysis, needing more help and ultimately my death”.

► VIDEO: 'I have the right to choose when I go to Heaven', Kate Tobin, a former nun, was diagnosed with MS aged 46 https://t.co/tOWqL3ljca pic.twitter.com/gIo1oibSLL

In January 2015 Tobin told the Irish Independent, “When my MS gets too bad like Marie Fleming I’m going to need somebody to help me commit suicide. I don’t want my death cert to say suicide and I don’t want the person that helps me to end up with six or eight years in prison.”

Marie Fleming, a former University College Dublin law lecturer, brought her fight to overturn the ban on assisted suicide to Ireland's High Court. She wanted her partner, Tom Curran, to be permitted to assist her death without fear of prosecution. Her campaign was unsuccessful and Fleming passed away after a long illness in December 2013.

Tobin added that she knows her physical condition will not improve.

“It won’t change. I’ll be on my own and have time to think about it. I want to make a plan. I’m adamant that I want to die. I don’t want to become a 24-hour patient in hospital, being fed and having a catheter emptied, and being fed on fluids, I know what it’s like to do that to patients.”

“I’m too ill to travel to Switzerland. I’d have to bring somebody with me, and then there’s the possibility of them being charged when they come back.”

“I feel like if I live to 60 it’d be a miracle. The consultant told me if I celebrated my 50th I wouldn’t celebrate many more. I celebrated it last September, the family put on a big do for my 50th.”

She added that when she loses the use of her hands that would signify a loss of dignity for her.

“My dignity is everything to me. My love of reading – if that was taken from me, the use of my hands, if I couldn’t hold up a book, they’re my life - it’s another part of my independence gone.

“People are saying to suffer with it til the end, but the end could be 20 years.”

Read more: Breaking my silence on living with MS

The former nurse explained that she spoke to a local priest about her wish to choose when she dies and he “sort of said” he agreed.

Tobin told the Irish Times, “I am of the belief that when I die, God won’t say, ‘Hey Kate, you’re a bit too early for heaven.’ Instead he will say, ‘Welcome home my child. You have suffered enough.’ That’s how I see my life.”

She continued, “I’m suffering my purgatory here on Earth so I believe I have the right to choose when I go to heaven. I have done enough good deeds and suffered enough while I’ve been on Earth to deserve to go to heaven.”

Although she believes that she should have the right to die she also does not believe the decision should be taken lightly.

The former nurse and nun has already planned her funeral.

“Originally, the family wanted me to be buried with my parents, but I have chosen to be buried in a plot on my own because when they come to visit mum and dad’s grave I don’t want them to think of how much I suffered or anything,” said Tobin.

“If they want to come to my grave, they’re coming to my grave and not mum and dad’s.”

As a healthcare professional Tobin is used to dealing with death and says that she does not fear it.

“I worked in England in a hospice for 10 years, from staff nurse up to sister, so death was an every day or night occurrence.

“I know I’m going to die. I’m probably luckier than people that have sudden deaths. I’m now facing the reality that I am going to die. How fast I die is another story and when I was so ill last year I couldn’t wait to die.”

She continued, “I know the things I don’t want. I don’t want to end up in hospital having to be fed with a peg feed through my stomach and I don’t want a drip. Just so long as they inject me with painkillers to keep me comfortable that’s it. I don’t want anything to prolong my life.”

Tobin joined the French order the Daughter of Providence when she was 20.

“I left that order when I was 26 and worked for the Church of England and became a Catholic chaplain for her majesty’s prison service.”

She went on to join the Augustinian Sisters, a nursing order, in Liverpool.

“I worked in their nursing home for the three years until I had taken my vows and they thought it would be a nice idea if I trained as a nurse.

“After two years of training they thought I was having such a good time as a student nurse – I don’t quite know how they worked that because it was hard work – and so deciding between the convent, nursing won out. At 33, I qualified as a nurse and it became such a loving career I’m glad I made the decision I did. Beginning as a staff nurse she ended up as a sister but ended up having to return to Ireland to look after her late mother, who was ill.”

Originally from Lismore, County Waterford, Tobin first showed signs of multiple sclerosis when she was 46. She moved to Clonroche in 2016 when her condition worsened. In December last year, her condition was diagnosed as progressive.

Tobin’s financial circumstances are difficult. Last August her laptop, which allowed her to stay in touch with her former colleagues in the UK, Australia and New Zealand, was destroyed and she has been unable to replace it.

Before the Irish general election in 2016 Tobin was promised appropriate furniture by Ireland's national Health Service Executive along with 14 hours of care per week. Following the election, she was told there were insufficient funds.

She got the furniture at a cost of $4,056. She is currently paying this fee back, at $37 per week from her $206.50 disability benefit. She told the Irish Times that after her rent is paid she has very little left.

Despite her own situation, Tobin is determined to use her remaining time for good. In order to, raise funds for MS Ireland and the Dyslexia Association of Ireland she’s asking people to sponsor her to read books. She plans on reading up to 500 per year.

Anyone wishing to donate to Tobin’s charity efforts can do so via the Dyslexia Association of Ireland and MS Ireland or through the following bank account - Ulster Bank in Enniscorthy, County Wexford, account number 1060856; sort code 98-56-90.