The partner of right-to-die campaigner Marie Fleming, Tom Curran has announced her death. 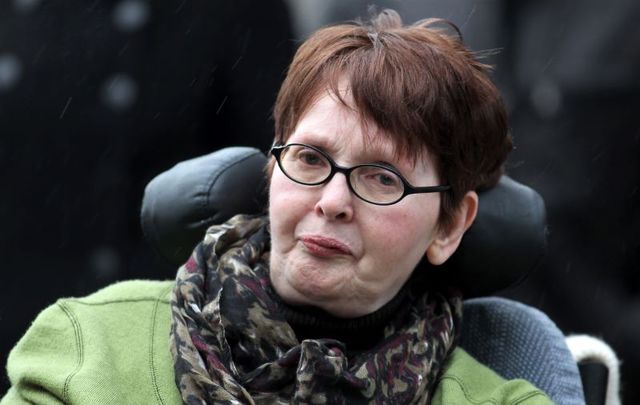 The partner of right-to-die campaigner Marie Fleming, Tom Curran has announced her death.

She lost her battle with multiple sclerosis early on Friday morning. Curran told the family solicitor that “she died at home, as she always wanted to do.”

Ms. Fleming failed in her landmark right-to-die case earlier this year in Ireland. The MS sufferer had argued that the ban on assisted suicide in Ireland discriminated against people with disabilities and was a breach of her constitutional rights.

She had sought legal protection for her partner, who would face prosecution if he helped her to end her life.

However the Supreme Court ruled against Fleming, saying there was no constitutional right to die.

The court noted suicide was decriminalized in Ireland under the Criminal Law (Suicide) Act 1993 but Section 2.2 of that Act made it an offense to assist a suicide.

The Irish Times reports on Fleming provided details of the reality of a daily existence devoid of any personal autonomy.

She told of how, “assisted by seven carers, she struggled with severe and sometimes unbearable pain barely managed by medication which left her with distressing side effects.“

Her doctor had said her mind and forceful clarity were all she has left.

“I’ve come to court today, whilst I still can use my speech, my voice, to ask you to assist me in having a peaceful, dignified death . . . in the arms of Tom and my children,” she said.

Tánaiste Eamon Gilmore paid tribute to Ms Fleming today saying she and her campaign was “both brave and courageous.”

“And while pursuing her campaign - at both political and legal levels - was always going to be a challenge, her deeply held conviction meant it was one she was never going to back away from...the fact that her case has kick-started a national debate on these matters will be her lasting legacy.”

Ms Fleming, who was a lecturer in business studies at UCD, is survived by her partner Tom Curran, daughter Corrinna and son Simon.