Northern Ireland could have second 2017 election

Northern Ireland could be facing into yet another election if an agreement is not reached in the political negotiations by this Friday, this according to Sinn Féin’s leader in the North, Michelle O’Neill. 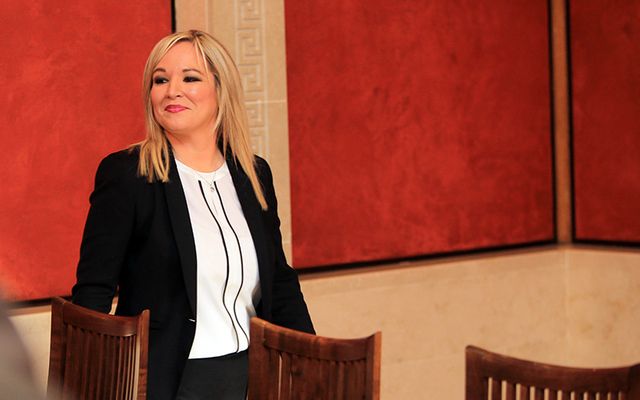 Northern Ireland could be facing into yet another election if an agreement is not reached in the political negotiations by this Friday, this according to Sinn Féin’s leader in the North, Michelle O’Neill.

The Mid-Ulster MLA was speaking as the parties entered another week of talks.

Last month, Sinn Féin made gains in what was the second Assembly poll in ten months, one that was brought about after Stormont collapsed over a botched green energy scheme that could potentially cost North taxpayers $624 million (£500 million).

Outstanding issues from the peace process, however, have been dominating the negotiations.

It’s thought that very little progress has been made in the talks to re-establish the power-sharing government. Northern Ireland Secretary of State James Brokenshire set Good Friday as the latest deadline. If no agreement is reached the only options available are fresh elections or direct rule from London.

“We want the institutions to work, but they have to deliver for all,” Michelle O’Neill told the press at Stormont.

"So we will take the days ahead of us, but it is a critical period.

“If we don’t see the fundamental issues addressed – which Martin [McGuinness] set out very clearly in his resignation letter and I would encourage to go back to that – if the DUP and the British Government do not take on board those issues then it is very, very difficult and there will be little progress or little opportunity to address what needs to be addressed.”

She continued: “We remain committed in trying to deal with issues that are there. We have set out what we want to see delivery on but we need to see a different approach from the DUP and British government.”

O’Neill said there could be no return to ministers making “solo runs or bigoted decisions.”

“Post Friday it will be over to the electorate,” she said.

He said: “A single unionist party would limit choice, stifle debate and quickly result in the depletion of unionist votes at the ballot box.

“That is the exact opposite of what we should be trying to achieve.”

“We are keen to work with the UUP to ensure unionist representation is maximized,” he said.

“I hope Swann will adopt a more positive response to this than his predecessor because Mike Nesbitt cost unionism dear.”