The Irish breeding population of the Curlew has declined by a “staggering 97% over the past 40 years.” 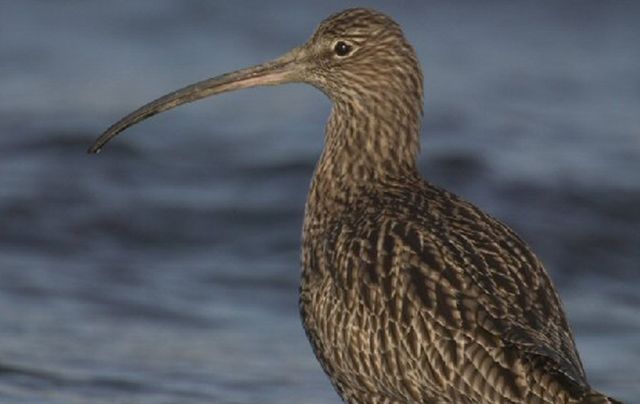 The Irish breeding population of the Curlew has declined by a “staggering 97% over the past 40 years.” Irish Echo

If 97 percent of the people of Ireland vanished from the land there would be a hue and cry. The cry of the Curlew is now 97 percent absent from Ireland.

Not surprisingly, in the near total absence of that haunting sound, there is indeed something of a hue and cry.

But will it be enough?

According to the conservation group BirdWatch Ireland, survey work has shown that the Irish breeding population of the Curlew has declined by a “staggering 97% over the past 40 years.”

40 years ago or thereabouts would be about the time of a certain ad for a beer brand on Irish television featuring a young Irish ex-pat working in the Middle East.

The young man missed a lot of thing about Ireland, not least Sally O’Brien “and the way he looked at you.”

But he also missed the “cry of the Curlew,” which was in fact the official title of the ad when it was shown in movie theaters.

These times, the ex-pat would have about as much a chance of hearing a Curlew’s cry in Saudi Arabia than, say, South Armagh, or Sligo.

So what has happened?

Here’s what BirdWatch Ireland has to say on its website: “The Curlew is a bird known and loved by many in rural Ireland due to its plaintive call.

“In 2012 BirdWatch Ireland first became aware of the extent of the decline in numbers of Curlew and their range.

“Since then we have been calling on government to take urgent action for the species.

“Subsequent survey work commissioned by the National Parks and Wildlife Service in 2015 and 2016, and largely undertaken by BirdWatch Ireland with the help of the public, located just 122 pairs of breeding Curlew representing a decline of 97% in the last 40 years.”

And the reasons for this: “Most Curlew in Ireland nest on bogland, but farmland such as wet grassland is also a very important nesting habitat for them.

“Declines in the numbers have been driven mostly by the loss of bogs, agricultural intensification and predation. Land abandonment, afforestation and illegal upland burning in the breeding season are also issues of concern.”

So more than one reason is behind the collapse of the Curlew population and the rapid vanishing of a sound that makes Ireland’s much touted Wild Atlantic Way actually sound wild.

All is not completely lost, however.

The government has set up a task force charged with ensuring that the Curlew doesn’t go the way of the Dodo in Irish skies or on Irish ground.

BirdWatch Ireland, according to its website, “warmly welcomes” the recent announcement by Minister for Arts, Heritage, Regional, Rural and Gaeltacht Affairs, Heather Humphreys TD, that she is establishing a task force to try to bring this remarkable bird back from the brink of extinction in Ireland.

“We welcome that Minister Humphreys has responded to calls from BirdWatch Ireland and other concerned organizations to take action to protect breeding Curlew,” said Dr. Anita Donaghy, Senior Conservation Officer with BirdWatch Ireland.

“The establishment of this task force is a milestone for all who have worked hard to bring the plight of the Curlew to the attention of government and the wider public.

“We hope that the Task Force will bring together all the key groups to develop a Threat Response Plan and implement actions that will save the species. Farmers, conservationists, contractors, foresters, government staff, community groups and private and semi-state bodies, all have a role. We will need to work together to save the Curlew.”

BirdWatch Ireland stated that it was looking forward to working constructively with the minister to ensure that this iconic species which is a key part of our national heritage is brought back from the brink and its populations begin to grow again.”

97 percent gone is certainly the brink.

But the Curlew now at least might have a fighting Irish chance.

This story appears courtesy of the Irish Echo. For more, visit their website here.