Brian Murrayhill, 75, died at St. Mary's Hospital nursing home in Dublin on April 13 due to complications arising from the coronavirus. 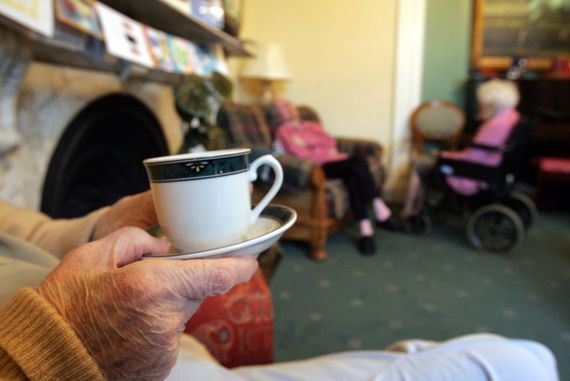 An Irish dad's heartbreaking last message to his daughter shortly before he died from COVID-19 tragically captures the devastation in nursing homes around the country.

Brian Murrayhill, 75, died at St. Mary's Hospital nursing home in Dublin on April 13 due to complications arising from the coronavirus.

On Good Friday, three days before his death, Brian sent his daughter Chelsea Murrayhill a voice note on Facebook to tell her not to worry about him. He had not yet been diagnosed with COVID-19 and his daughter did not realize that this would be the last time she heard his voice.

He told his daughter that he was "not very well today" but that he expected to make a full recovery, according to the Irish Times.

"I’ve been in bed all day long, but I should be alright pet, don’t worry, I love you."

Brian went into cardiac arrest in the early hours of the morning on April 13 and died shortly afterward. It was only after his death that he tested positive for COVID-19.

Chelsea Murrayhill told the Irish Times that her father was recovering from cancer and a stroke and that he had severe respiratory problems. She said that her family was not informed that COVID-19 had been diagnosed in his ward.

Brian Murrayhill's death was not an isolated incident in St. Mary's hospital or in care homes around the country.

The Dublin nursing home has been one of the worst-hit care homes in the entire country. At least 24 residents at the home have died from the virus and 21 of those died in a three-week spell at the beginning of April.

It has been a similar story in nursing homes around the country as the virus spread through Ireland's most vulnerable community.

More than 840 care home residents have died from COVID-19 in Ireland, more than half of the country's coronavirus death toll.

The International Long Term Care Policy Network (ILPN) said that approximately 62% of Ireland's 1,592 confirmed coronavirus deaths had been directly related to care homes. That is roughly equal to 1,000 deaths.

The ILPN studied 16 countries for its report and found that only Canada (82%) has recorded a higher percentage of care home fatalities.

The number of deaths in Irish care homes is automatically larger as a result.

The family of a woman who died in the same nursing home as Brian Murrayhill is now calling for a full statutory inquiry to examine the number of deaths in Irish care homes.

Rose Hegarty, 84, also died at St. Mary's Hospital in the Phoenix Park in Dublin, and her niece Jane Carrigan believes that an inquiry could answer whether more could have been done to protect care home residents.

She also believes that an inquiry would give a voice to care home residents and the families of COVID-19 victims.

St. Mary's Hospital has commissioned a review to investigate a whistleblower's claims that the care home lacked sufficient PPE, testing capacity and additionally failed to properly isolate residents when the virus was first diagnosed in the home in March.

Meanwhile, Minister for Health Simon Harris announced Saturday that a COVID-19 nursing home expert panel is to be established to ensure that the best safeguards are in place to protect care home residents. The panel will consist of four members, including a senior nurse, a public health expert, a geriatrician and a public interest representative.

Read more: Ireland has let down its elderly in the COVID-19 fight