"Massive fears" as a 40-year-old man from Wexford is believed to have been murdered by a Columbian drug cartel following call for a ransom of $164k. 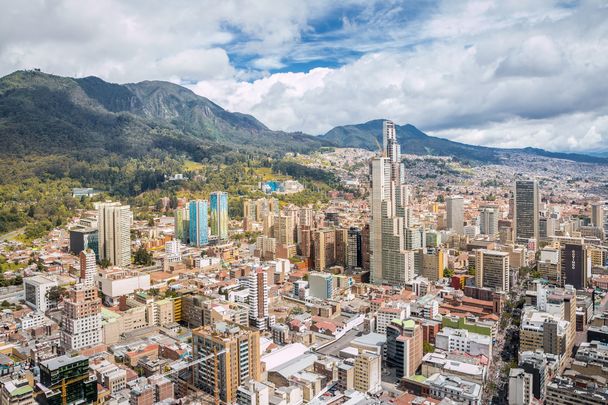 "Massive fears" as a 40-year-old man from Wexford is believed to have been murdered by a Columbian drug cartel following call for a ransom of $164k.

It is feared that James Hillis, from Forth Mountain, in County Wexford has been murdered by a drug cartel in South America.

Hillis, the father of young children, traveled to Columbia, from his own in Tenerife, Spain, on his Irish passport in October 2019. He has not been heard of in a month and according to the Irish Independent, a $164k ransom demand was made for his safe return.

Gardaí (Irish police) report that gruesome videos have been sent to Hillis' family showing the man being tortured. The police have "massive fears" that Hillis has been murdered.

Ongoing inquiries are being carried out by the gardaí, Ireland's Department of Foreign Affairs and the Colombian authorities.

So far investigations have discovered that Hillis traveled "voluntarily" to Columbia. Police could not confirm reports that Hillis had met with "serious criminal elements" in Columbia.

A source told the Irish Independent "Mr. Hillis has gone missing and gardai are fearing the very worst for him...

“Gardai are aware of certain videos but these have not been examined in any detail by officers.

“What is not in doubt is that Mr. Hillis has not been in touch with his family since October and this would be highly unusual for him, which again raises another red flag in terms of his well-being.”

Hillis is known to the police and has a number of previous criminal convictions, however, he is not considered a serious criminal.

He was arrested on a European Arrest Warrant in relation to ten counts of stealing money with the combined value of $48k. In court, he was described as a former Christmas tree dealer.

In April 2016, he was sentenced to an 18-month suspended prison sentence at Wexford Circuit Court having pleaded guilty. The money was paid back to the victims.

A source told the Irish Independent that Hillis is a "wheeler-dealer type" rather than an organized criminal.

They said "At one stage he was involved in the sale of plant machinery with a Nigerian crew based in Liverpool – he was a real wheeler-dealer...

“Despite everything, there is nothing in his background to suggest he would have any kind of criminal pedigree to get involved with Colombian cartels, especially on their own patch, which is clearly very dangerous.

“This is an awful time for this man’s decent family and multiple investigations are underway.”