Michael Devereaux (90), was admitted to the local nursing home in Wexford, but his wife (85), was refused. 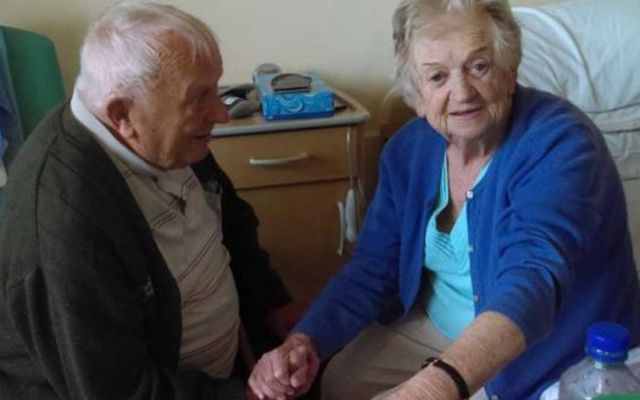 An Irish couple married for 63 years who made an emotional plea to be re-united after they were separated by health authorities in Ireland have received happy news that they will soon be together once again.

Michael Devereaux (90), was admitted to the local nursing home in Wexford, but his wife (85), was refused. They told their story on "Liveline," one of Ireland’s most popular radio programs, and received a huge public response after they made a very emotional plea to be re-united.

Their son Tom Devereaux said his parents wished to spend their remaining days in the nursing home together, but authorities only accepted his father.

The father, Michael, stated that he tried desperately to see her as often as possible. She is living in a local hospital

The elderly couple have now been told they will be reunited "as soon as possible."

"I got a phonecall from Simon Harris just after 1pm," his son Tom told Liveline in a follow-up interview this afternoon.

"The HSE have confirmed that my mother can go and join her husband in the nursing home.

"It will be as soon as possible," he continued.

"I assume two or three days, but the main things is they'll be reunited.

"My mother is very down today after yesterday, but this has lifted her spirits."

“It’s terrible, Joe,” Tom said, speaking to presenter Joe Duffy yesterday of their situation. “I can’t sleep at night and wake at four o’clock in the morning and I pray and then I cry, Joe. We’ve been separated for the first time in our lives after 63 years of marriage.”

The fact, is, he said, “that we just love each other.” He stated he was a loyal citizen all his life and hoped that something could be done. He said there was an extra bed in his room at the nursing home.

His wife Kathleen Devereaux also spoke on the show, saying simply that she wanted to go to the nursing home. “I want to be with my husband,” she said.

She also explained that it was very difficult to understand why they could not be together and why they had to appeal the decision to place them apart.

In a statement on Tuesday, Health Minister Simon Harris said compassion was absolutely paramount in dealing with the couple.