An Irish couple who beat COVID-19 is raffling their vacation home in Foxford, Co Mayo with all proceeds going to healthcare support staff. 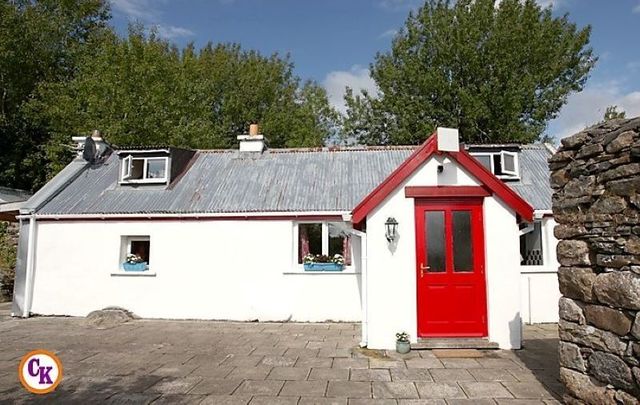 A raffle for a chance to win a cottage in Foxford, Co Mayo has so far raised more than €500k for healthcare workers. CK Properties

There’s still time to purchase a €10 chance to win your own cottage in Foxford, Co Mayo.

A cottage in Foxford, Co Mayo that is being raffled by a retired Irish couple in support of healthcare staff has raised more than €500k so far, and there’s still time left to buy your chance to win.

The Irish publication Western People, who first reported on the Irish cottage raffle, says that the couple behind the project, who wish to remain anonymous, said they have so far raised more than €500,00 - more than doubling the amount they had reported earlier this month.

With tickets priced at just €10, that means more than 50,000 chances have been purchased to win the charming vacation cottage in Foxford, Co Mayo.

All proceeds from the raffle, which will be overseen by a Dublin-based accountant, will be donated to “hospital kitchen staff, porters, orderlies, and cleaners.”

Speaking with The Irish Times, the couple said: “We’re a bit shocked.

“It’s very humbling to see so many people putting their hands in their pockets at this difficult time.”

While the raffle has generated interest all around the world, the couple says most entrants seem to have some sort of Irish link: “Ninety percent of the names would be Irish, and we’re seeing a lot of Irish Americans who say they have relatives in Mayo and would love a base to visit.”

On the raffle's webpage, the couple said: “Both of us had the virus and we were extremely lucky to have survived.

“It took enormous courage to do what these front-liners did every day, going into work, knowing they could be infected at any time. We want to acknowledge what they did and the money raised is simply a gesture, they can never be thanked enough for supporting the people and the country in its time of need. Other people in other countries did similar work.”

They told the Irish Times: “When you go through life you learn we are all the same under our skins. We all suffer the same pain, and we are really just trying to help in a small way.”

There’s still plenty of time to enter the raffle as the winner won’t be drawn until August 28. Find out more here.