21-year-old Irish college student Mark Sands died in Texas on Saturday after being struck by a car. 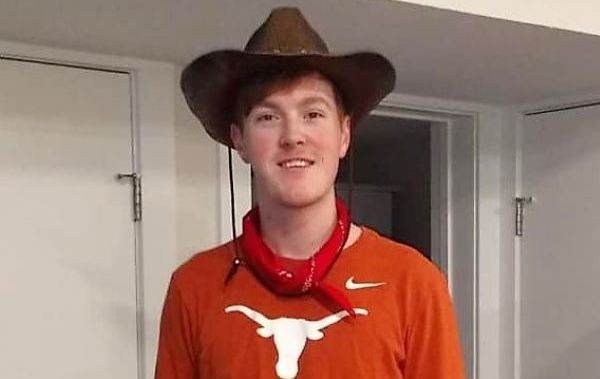 Mark Sands, 21, died in Texas over the weekend GoFundMe

Mark Sands is being remembered fondly by friends and family after he was killed in a tragic accident in Texas.

The Independent reports that Sands, 21, was a third-year student at University College Dublin who was participating in a college-exchange program at the University of Texas - Austin. The Co Louth native was studying computer science.

The Daily Texan reports that Sands was riding a scooter when he was struck by an Uber driver early Friday morning. The Irishman was rushed the hospital in critical condition and tragically passed away on Saturday afternoon.

Friends rallied in the wake of the tragedy and initiated a GoFundMe to help ease the Sands family’s travel expenses. Friends and family from both the US and Ireland shared their grief on the page.

Read More: “She made the world a better place” - Funeral of Irish teacher who died saving six-year-old girl

Kyle Meche, a friend of Mark Sands, wrote on the GoFundMe: “This page is to raise money for Mark's family as they've traveled across the world just to be with him and they'll undoubtedly have expenses from this tragedy.”

“If you've ever been lucky enough to meet Mark you've surely noticed his constant smile. He was one of the most charming and amusing people you will ever meet. Mark never met a stranger or someone he didn't like. He had a passion for everyone he knew and he always looked out for others.”

“However, in this moment, he needs us to look out for him."

Later, Mark’s mother wrote: “We are overwhelmed by all your support. Your comments are uplifting and a great comfort to us. Marks organs are being harvested at 10 am here 4 pm Irish time.”

“Could you please play the U2 song Elevation and take a few minutes to remember him. It was a very special song between Mark and I and one I was going to dance with him at his wedding and do our goofy dance. It would mean a lot to me. It will be playing in the operating theatre when they work on him. We fly home later today. Such sadness is overwhelming us.”

The GoFundMe is very near to its goal of $30,000 for the Sands family in just under three days. You can donate online here.