Justice Max Barrett has ruled that a person applying for Irish citizenship cannot have left the country for even one day in the year prior to application. 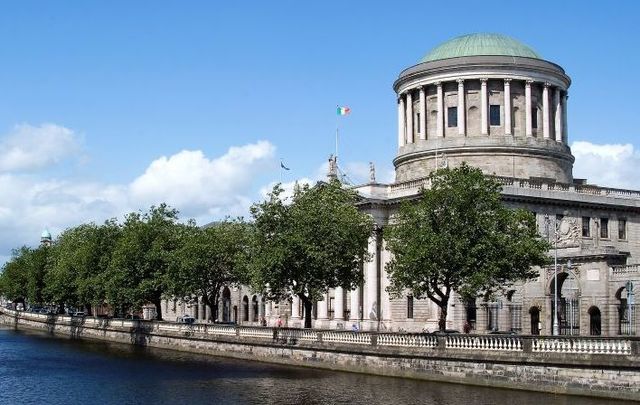 A ruling from the Irish High Court making Irish naturalization more difficult has been slammed as "absurd." Getty Images

The Irish High Court has ruled that a person applying for Irish citizenship cannot have left Ireland for even one day in the year prior to application.

The ruling, handed down by Justice Max Barrett on Thursday, July 11, is being slammed as “absurd," "unsettling," and "not expected."

Justice Barrett’s ruling came at the closure of a case raised by Australian national Dr. Roderick Jones, a senior research fellow at the University College of Dublin (UCD), whose citizenship application was denied after he was out of Ireland for 100 days (97  for leisure, 3 for work) in the year prior to applying in 2017.

The Irish Independent reports: “Dr. Jones argues the minister [for Justice] failed to make any reasonable allowance for temporary absences from the State for valid reasons such as reasonable holidays.”

In practice, “flexibility or discretion” has been afforded to people applying for Irish citizenship, typically permitting for up to 6 weeks leave from the country in the year prior to application.

Read More: Should Irish-born children be allowed to become citizens despite parent's status?

In his ruling, “which neither side in the case was expecting" according to The Irish Independent, Justice Barrett found that the Minister handling Dr. Jones’s application came “to the right conclusion by the wrong route.”

The judge wrote that the Minister “has manifested very real humanity” by using the discretionary period of six weeks absence, but had “gone beyond what is legally permissible” as outlined in the Act.

In his ruling, Justice Barrett points to the ‘dictionary definition’ of “continuous” and wrote, “an applicant must show a one-year period of residence in Ireland that is ‘unbroken, uninterrupted, connected throughout in space or time.”

He added: “Either an applicant ‘has had a period of one year’s continuous residence’ or he has not."

Speaking to The Irish Independent following the ruling, Carol Sinnott, Dr. Jones’s lawyer, said: “In all likelihood, it will be appealed or challenged, whether it is by him [Dr. Jones] or somebody else.”

She added: “Effectively what the judgment means is that if the department wanted to it could penalize a person for being out of the country for just one day.”

In the wake of the ruling, Aoife Gillespie, an Irish public law and immigration lawyer, said that the High Court has interpreted the law "more stringently" than the Minister for Justice:

The rules to obtain #Irish #citizenship have been drastically altered and tightened following a High Court judgment delivered last week (Judgement here: https://t.co/SBMTkKPvsJ). Interpreting the law more stringently than the Minister for Justice, the Court has ruled that (1/10)

Gillespie added: “This will immediately impact on all outstanding applications which don't meet this absurd standard.

She further says that while an adjustment to the legislation is likely necessary, it may, in turn, present further problems down the road: “That last year of residence needs to always be assessed in the wider context that the person ALSO has at least another 4+ years of residence in the State (in most cases).

“Individual circumstances will illuminate whether the applicant is an Irish resident and can allow a legitimate refusal where residence is very much part-time and flighty. Otherwise, a strict application of the rules can alienate and exclude committed members of our society who rightly want to enjoy the family of Irish citizens.”

Read More: Jihadist with Irish citizenship claims it would be 'unfair' to lose it

In a statement shared by Ireland's Department of Justice and Equality on Twitter on July 18, Minister for Justice Charlie Flanagan said: “I know that the ruling from the High Court has caused concern and may have been unsettling for people in the Citizenship process.

"I want to reassure people that my officials are carefully studying the ruling in consultation with the Attorney General’s Office. This issue is being dealt with as an urgent priority and I will take any necessary action to resolve it.”

Speaking from Helsinki, where he is attending a meeting of EU Home Affairs Ministers, the Minister for Justice and Equality, @CharlieFlanagan TD, has addressed the recent High Court judgment on citizenship, saying: pic.twitter.com/foqbNQWAbA

In a release, Gibson & Associate Solicitors based in Dublin and Donegal advised: “Those affected should begin building their 12 months uninterrupted presence in Ireland and if by then there has been no change in the rules consider withdrawing your application and then re-applying as you will then have met the new strict rules of one year’s residence.

“Those that have already applied but rather than placed on hold are rejected could have recourse to bring Judicial review proceedings against the decision.”

The Immigrant Council of Ireland has shared resources to reach out to if you are concerned about your Irish citizenship application:

If you are concerned about your citizenship application please call our helpline - open today from 10am 01 674 0200. Our current advice is to hold off submitting your application until clarification has been issued by @DeptJusticeIRL on the 'continuous residence' judgment

What do you make of Justice Barrett's ruling? Let us know in the comments