Ireland's painfully slow immunization rollout has come under fire once again following the government's decision to suspend the AstraZeneca vaccine. 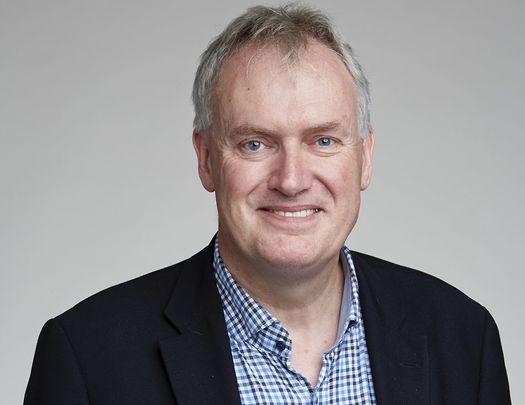 The National Immunization Advisory Committee (NIAC) made the precautionary measure last weekend following reports that four people in Norway had suffered blood clots after getting the jab.

The suspension of the rollout of the Covid-19 shots may only last a few days while the European Medicines Agency (EMA) completes its safety review.

But the move has led to heated disputes in Ireland, with many people exasperated that the already faltering vaccine rollout has stalled once again.

At least 30,000 AstraZeneca doses will not be administered this week while the review is underway.

Speaking on Newstalk Radio, the respected Trinity College-based expert, who has become a household name across Ireland since the start of the pandemic said,

"They are not trusting the science.  Seventeen million people have had this vaccine and there is no evidence of any kind that it is causing blood clots.

"And even worse, we know the virus itself causes blood clots – there is a high risk of that – so they are putting 30,000 people at risk now who aren't getting vaccinated this week, so I think it is very disturbing, to be honest."

O'Neill, who has been critical of the slow pace of the vaccine rollout in Ireland, also noted that the EMA recently stated that the benefits of AstraZeneca far outweigh the risks.

He added, "I guess it typifies what is going on, this hugely cautious approach, but remember there are 30,000 people who won't get the vaccine this week.  These are high-risk, vulnerable people, so they better make their minds up on this one, I think."

On Monday the WHO said its advisory committee was assessing the issue, adding that there was no evidence that any health incidents were caused by the U.K.-produced vaccine.

It added that it was important that immunization campaigns continue, in order to save lives and tackle severe disease from the virus.

Meanwhile, Ireland's Department of Health has been urged to widen the eligibility of vaccinators across the country, amid claims that qualified people offering their services for free, including radiographers, radiation therapists and retired doctors, are being turned down.

RTE notes that the situation couldn't be more different in the U.K., where the National Health Service (NHS) is "recruiting everyone it possibly can to vaccinate,” including health care assistants, nursing students, and non-medical professionals, as long as they have completed some form of life support or first aid training.

Meanwhile, Ireland's beleaguered hospitality sector marked one year of closure last Monday with a social media campaign illustrating the faces of workers who have lost their livelihoods.

n the past 12 months the majority of pubs across the country have only been able to trade for two weeks in September last year, making Ireland's hospitality sector the hardest-hit in Europe.

On a more positive note, the phased reopening of the country's schools continued successfully earlier this week, with the return of around 350,000 children and teenagers to the classroom.

With no parades being held to mark St. Patrick’s Day, garda were planning a heightened presence on Wednesday in Dublin to handle a number of protests that were being planned on social media. The Irish Times also reports that 2,500 members of the gardai will be out to enforce rules against large gatherings taking place to mark the holiday.

“Despite constant and consistent public health advice, An Garda Siochana continues to find people gathering in large groups at social occasions and at house parties,” a garda spokeswoman said.