Irish army uniforms are "cool" collector items, one US-based seller says, but the Irish Defence Forces have launched a review into the sale. 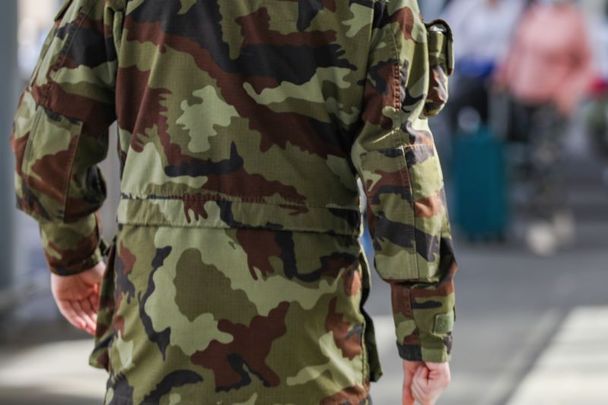 A member of the Irish Defence Forces pictured here in March 2021. RollingNews.ie

Irish army uniforms are so popular in the US because of their unique camouflage, according to Logan McGrath, the owner of the US-based Americana Pipedream Apparel (APA).

"Specifically, Irish camouflage is popular here in the United States just because of, well frankly, how cool it looks," McGrath told the Irish Sun.

"It’s the collectors’ market, meaning that the people who purchase it are generally camouflage collectors or people who just like the way it looks."

At the time of publication, APA had several Irish DPM (Disruptive Pattern Material, commonly known as camouflage) pieces on its site marked as "sold out," including a smock, field shirt, UBAC, and field pants.

"This pattern is extremely rare, and possessing it in Ireland is a crime," APA says in its product descriptions. "Due to Sectarian tensions in Ireland, surplusing Irish gear is not allowed."

McGrath said that APA sources all of its Irish products from "reputable wholesale connections based outside of Ireland, along with some private purchases within the US."

APA says it does not ship the Irish products to Ireland or any EU countries.

McGrath told the Irish Sun that a typical Irish Defence Forces field shirt costs about €150, while other items usually sell for even more. He added that customers are prepared to pay more for Irish uniforms because they are so rare and unique.

However, the Irish Defence Forces have launched a probe into the sale of Irish uniforms because it is an offense to sell army uniforms.

It is also illegal for anyone who is not a member of the military to wear an army uniform.

Irish Senator Tom Clonan, who is a retired army officer, told Irish radio station Newstalk that members of the Provisional IRA used to wear army and Garda uniforms in order to "set up false checkpoints and abduct people".

"So, it is an offence under the Defence Acts here to wear any item of Irish Defence Forces uniform. It’s a similar offence for a Garda uniform," Clonan told Newstalk Breakfast, adding that army uniforms are technically the property of the Ministry of Defence.

Soldiers are expected to return their uniforms when they no longer need them, but Clonan said it is hard to police.