A Fianna Fáil Senator wants to make the term Óglaigh ns hÉireann (soldiers of Ireland) exclusive to members of the Irish Defence Forces. 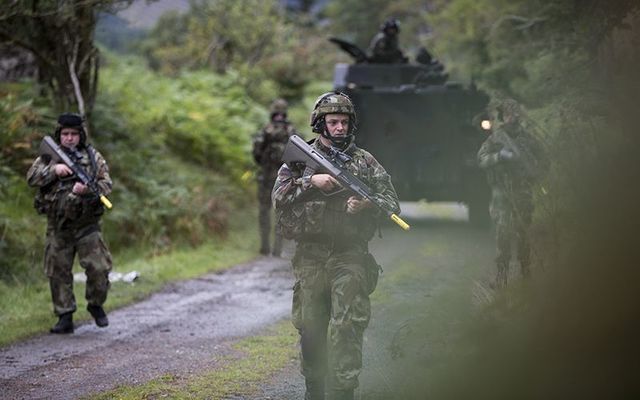 A Fianna Fáil Senator has introduced legislation that would make it illegal for anyone other than Irish Defence Forces to call themselves Óglaigh na hÉireann (soldiers of Ireland).

Fianna Fáil Senator Malcolm Byrne wants to prevent dissidents or political organizations from using the title and wants to ensure that the title refers only to men and women in the Defence Forces who "serve us bravely in uniform".

Byrne spoke to Newstalk Breakfast on Wednesday and said that the term is not protected under Irish law.

"There is only one Óglaigh na hÉireann and that is our Defence Forces but I discovered that one of the problems we have is that the title itself is not protected," Byrne told Newstalk Breakfast.

"We saw in recent years that it has been used by a dissident group in the North and occasionally it is used by others who try to use [it] for a variety of purposes."

Óglaigh na hÉireann was first used by the Irish Volunteers in 1913 and was later used by the Irish Republican Army during the War of Independence. However, the Provisional IRA also adopted the term during the Troubles in Northern Ireland and Byrne said that he was concerned that the title isn't protected by any legislation.

The Fianna Fáil Senator said that the legislation would be largely symbolic and hopes that it would deter groups from using Ólgaigh na hÉireann.

"It is probably the case that some of those who don’t respect the State probably won’t care about this legislation but I think it also sends a political message out there that there is only one Óglaigh na hÉireann and they are the Defence Forces," he said.