An Irish-American millionaire is attempting to show that "homelessness is not contagious". 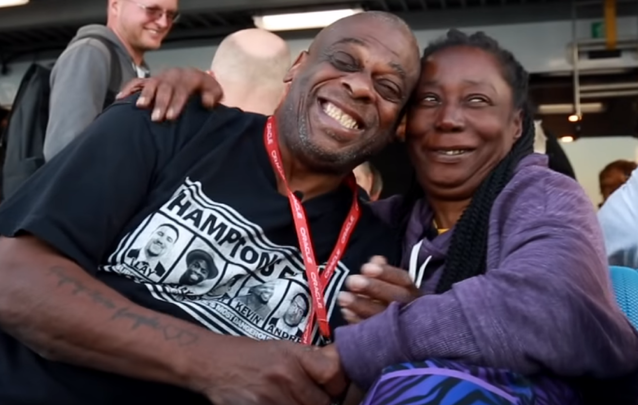 Greg Dunston and Marie McKinzie have been living in Piedmont for over a year now. BBC News YouTube

An Irish-American millionaire who wanted to prove that "homelessness was not contagious" has welcomed a homeless couple into his $4 million home in the Bay Area in California.

Terry McGrath, who lives in the affluent neighborhood of Piedmont outside San Francisco, invited Greg Dunston and Marie McKinzie to live in his mansion last year after he became touched by their story.

Dunston, a former security guard, and McKinzie, a former nurse assistant and cashier, had been living on the streets of Oakland for over a decade before McGrath became aware of their situation.

McGrath read a report about the couple by Otis Taylor in the San Francisco Chronicle in January 2019 and said that it moved him to tears. Within a month, on Feb. 1, 2019, the couple had moved into McGrath's home.

"The thing that struck me and got me right away was the love between Greg and Marie and how it was able to survive in probably one of the harshest environments on earth," McGrath told ABC News.

He offered the couple his in-law unit where his own children and other relatives had previously lived and they have been there ever since.

Read more: Is the Irish housing and homeless crisis changing Irish society itself?

There was one small hitch.

The neighborhood of Piedmont is a predominately white neighborhood and only 2% of the population is made up of black people, leading to some discriminatory 911 calls.

To combat this, McGrath informed the Piedmont chief of police, Jeremy Bowers, about the situation.

That didn't stop the calls, however, and one resident phone in to say "I just wanted to notify you that this woman is sitting at Lexford and Hampton ... She's smoking a cigarette -- could be drugs."

Another said, "I just pulled into the driveway and there's some strange folks hanging around the house."

Otis Taylor, who penned the article that caught McGrath's attention, said that reactions like this were inevitable.

Taylor has written extensively about the issue of homelessness in San Francisco noted the growing chasm between the wealthy and the poor in the Bay Area.

"You have people able to purchase multimillion-dollar homes in cash and then you have people who don't even have enough money to eat on a daily basis. Who sleep in the same clothes in rags, they sleep in doorways and parking lots next to dumpsters," Taylor told ABC News.

The city of San Francisco boasts more billionaires per capita than any other city in the United States, but its homelessness figures have skyrocketed north of 8,000 in recent months.

McGrath, a divorced property developer, has received a few complaints from his neighbors about the situation, but he said that the complaints didn't deter him from his goal of highlighting the problem of homelessness.

He said that it was a problem that many wealthy people wanted to avoid.

"Our natural tendency is to move away from that kind of pain," he said. "That's why we avert our eyes. That's why they just become part of the background, part of the wallpaper and it's easier to just move past it."

He added that residents want homelessness issues handled, "they just don't want them handled in their neighborhoods."

What do you think? Should more people take this Irish American's lead and take people in to give them a chance? Let us know in the comments section below.