Irish sheep sisters give birth to 11 lambs in farming miracle

Three Irish sheep sisters gave birth to 11 lambs, including a set of quintuplets, in what is being described as a farming miracle. 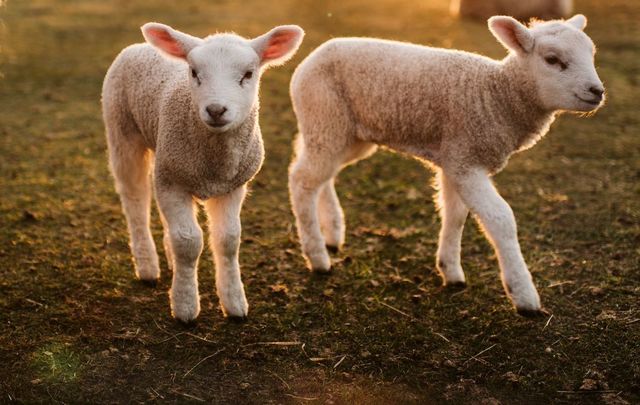 Three Irish sheep sisters recently gave birth to a total of 11 lambs, including quintuplets, in what is being described as a farming miracle.

The sheep, from Holland Sheep Farm in County Cork, gave birth to eight ewes and three rams at the start of February.

One of the sheep, named Dolly like the famous cloned sheep of the 1990s, gave birth to four girls and a boy without any assistance. All five lambs were perfectly healthy.

Dolly's sisters - Mini and Poppy - both gave birth to healthy triplets within 48 hours of the miracle birth.

Quintuplet lambs born on a Cork Farm yesterday to Dolly the ewe🐑
.
The lambs were born on Declan Holland’s farm near Blarney in Co Cork. Two of Dolly’s sisters also have birth within 48 hours of her, together they had eleven lambs between them.
.
📸 Sarah Holland #quintuplets pic.twitter.com/3NngcPyynJ

The lambs became local celebrities of sorts with neighbors and well-wishers calling on the farm to see them, the quintuplets in particular.

Read more: Only in Ireland! Hiker hospitalized having been struck by falling sheep

Declan Holland, who owns the sheep farm outside Blarney in Cork, said that he was "absolutely delighted" with the new arrivals.

"It started around 7 p.m. and they were finished - three sheep and eleven lambs - by 10 a.m. on Sunday. All done and all safe, thank God," Declan told VirginMedia News.

Margaret Holland said that the family was up through the night making sure that the the births went smoothly.

"We were waiting through the night and at 6.45 a.m. Declan did not like the way she was moving," she told the Irish Sun.

"He went down but she ended up delivering the babies naturally and without help."

She said that Dolly was a first time mother and that the family planned to keep all of the new lambs, who they had already become very attached to.