Son of Dubliners killed in worst aviation disaster to befall the US Marine Corps in a decade. 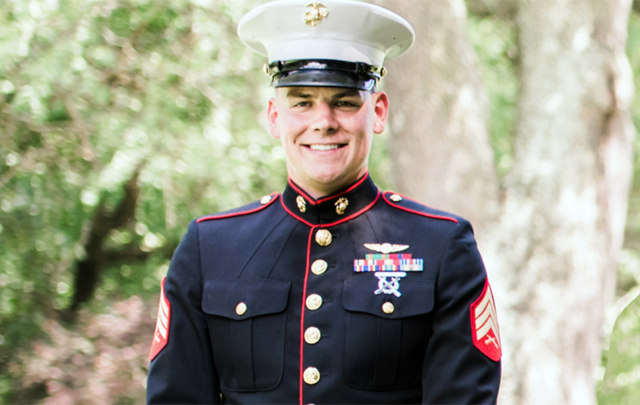 An Irish American member of the United States Marines was among the 16 killed last week, when an aircraft they were traveling in crashed in Mississippi.

Owen Lennon (26), of Pomona, New York, whose parents are both originally from Dublin, was among the 15 Marines and a Navy sailor who died on July 10 when their plane went down about 100 miles north of Jackson, MS. An investigation is currently being conducted into what was the worst aviation disaster to befall the Marine Corps in the last ten years. It is believed that the July 10 crash was caused by a mechanical failure mid-flight.

Condolences to the family, friends & colleagues of the American Service Members killed this week in the horrific plane crash in Mississippi. pic.twitter.com/jfpkeqZ3Pp

Lennon was one of the youngest flight engineers in the US Marine Corps. He was honored as the Marine of the Year in 2013 and had a KC-130T aircraft named after him. He studied criminal justice at the University of New Haven before joining the ranks of the United States’ elite military organization. He was then stationed at Stewart Air National Guard Base near Newburgh, NY after boot camp at Parris Island in South Carolina. He saw action in Afghanistan and in various other locations around the world.

Born and bred in New York, Lennon has close tied to Ireland as both of his parents – Owen Snr and Rosemarie – are from Dublin. He is survived by his parents, his two older sisters, Kelly and Rachel, and his partner, Jenn.

His father, Owen Sr, released a statement from the family to The Journal News over the weekend. They described Lennon as a “fine young man with an unmistakable presence.” They added how much pride he took in being a Marine. Lennon had just purchased a new home in Orange County with his partner, Jenn, “the love of his life.”

The 26-year-old’s funeral is set to take place in the coming days. Members of the Lennon’s extended family are expected to travel from Ireland.

The statement continued, "In a few short years, he worked his way from private to sergeant, qualifying as one of the youngest flight engineers in the Corps along the way. He was deployed to Afghanistan and over the years his work took him to far corners of the world."

It continued, “When not in the air, Owen could be found running in his neighborhood with their two small dogs, Maverick and Gretel, hiking with his friends in the surrounding mountains, or having family dinners with his parents, Owen and Rosemarie, and sisters, Kelly and Rachel."

Rockland County Executive Ed Day extended his condolences to Lennon’s friends and family, stating, according to the paper, “The loss of Marine Owen Lennon of Pomona reminds us again that freedom is never free … this Marine from Rockland County represented the very best that our young people have to offer.”

The 15 Marines and sailor killed came from all over the country, but six of the Marines and the sailor were from an elite Marine Raider battalion based at Camp Lejeune in North Carolina.

“It is a tight-knit community, made up of some of the most highly trained, dedicated Marines I have ever known,” Marines Special Operations Command Deputy Commander Col. Stephen Grass told reporters in North Carolina Friday. “As a team, as a family, we’re going to pull together to see this through.”

Nine of them were based out of Stewart Air National Guard Base, home to a Marine Aerial Refueling and Transport Squadron.

Mississippi Gov. Phil Bryant said the final set of remains was recovered Thursday from a farm where the KC-130 crashed on Monday. On Thursday remains were flown to Dover Air Force Base in Delaware, where military officials say they will be processed by Air Force Mortuary personnel and then released to their grieving families.