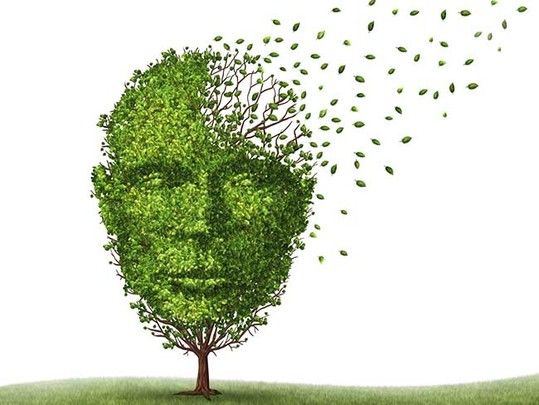 The Atlantic Philanthropies, brainchild of Irish American Chuck Feeney, is to give $177 million (€138.4 million) to Trinity College Dublin and the University of California, San Francisco (UCSF) to establish the Global Brain Health Institute (GBHI) with the aim of tackling the looming dementia epidemic.

The massive award is the largest program grant ever made by the foundation, the largest philanthropic donation in Irish history and is also the largest donation ever received by Trinity College.

“The Atlantic Philanthropies and its founder Chuck Feeney have made the biggest private donation in Irish history,” said Dr. Patrick Prendergast, President and Provost of Trinity.

“The sum donated is huge but so too is the problem we are trying to solve. There is hardly a family anywhere that has not experienced dementia in some shape or form.

“There is no doubt in my mind that this imaginative project will bring benefits to people around the world, create jobs here in Ireland and deepen Trinity’s expertise in neuroscience and aging.”

Announced at special events in Dublin and California on Tuesday, Nov 17, the GBHI is part of a ground-breaking global initiative to improve health and dementia care worldwide.

Speaking before the event in Dublin, Taoiseach (Irish Prime Minister) Enda Kenny said: "The Atlantic Philanthropies’ support over the last 20 years for research in the biomedical area has enabled Trinity College to become a recognized leader in aging research.

“This, however, forms only a part of Chuck Feeney's educational and research legacy in this country for which we are very grateful. The government’s vision is to make Ireland the ‘best country in which to grow old’ and we are delighted that Ireland is a part of this ambitious global initiative."

Son of Irish-American parents and born in Elizabeth, NJ Charles “Chuck” Feeney always believed that those with money should use their wealth for the greater good and is a leading proponent of the ‘giving while living’ philanthropic approach.

In 1982, he established The Atlantic Philanthropies, a foundation dedicated to bringing about lasting changes in the lives of disadvantaged and vulnerable people using the money of those better off.

The Atlantic Philanthropies, as a limited life foundation, will cease grantmaking in 2016, but in the last 30 plus years has granted over $7 billion dollars worldwide to projects promoting education, health, peace, reconciliation and human dignity.

Few countries have benefited more from its work than Feeney’s ancestral home of Ireland and up to $2 billion dollars has been invested in projects in both the Republic and Northern Ireland. The most recent award will add further to this incredible figure.

The latest GBHI initiative aims to take on one of the world’s most devastating worldwide illnesses – dementia. Dementia affects over 48 million people globally, and this figure is set to double every decade if further efforts are not made to intervene.

It is believed that between three and twenty percent of all dementia cases in the next 20 years could be prevented if future health interventions address risk factors such as high blood pressure and cholesterol.

“Our goal is to create a generation of leaders around the world who have the knowledge, skills and drive to change both the practice of dementia care and the public health and societal forces that affect brain health,” said Christopher G. Oechsli, President and CEO of The Atlantic Philanthropies.

“By doing so, we hope to reduce dramatically the number of older people who develop this disease, which affects disproportionately those who are socioeconomically disadvantaged, and consumes not just the millions directly affected, but their families and caregivers as well.”

The initiative will run two programs led by Trinity’s Professor of Psychology, Ian Robertson and Professor Bruce Miller, MD, a behavioral neurologist and director of the Memory and Aging Center at UCSF. The programs aim to train 600 global leaders in the US, Ireland and around the world throughout the next 15 years,

The first “Fellows” program, the central program, will run for two-year periods, giving hands-on experience to participants in the diagnosis, treatment and long-term management of patients with cognitive disorders, as well as elderly people who are at risk for brain health disorders.

The second “Scholars” program will take in people from all types of environments over a one-year period to focus on providing shorter brain health experiences for journalists, managers, filmmakers and others, enabling them to teach others about the preventable causes of cognitive impairment.

“We want to train leaders, not just in medicine and public policy, but also social science, journalism, law, business and the arts, who can teach others about the preventable causes of cognitive impairment, which disproportionately affect the poor,” explained Professor Miller.

That way, we can help change the course of this disease and protect vulnerable people around the world.”