The Cardinal said that the entire world was watching events unfold in the United States with unease, and he said that it was a cause of great sorrow that racial issues still existed in the country. 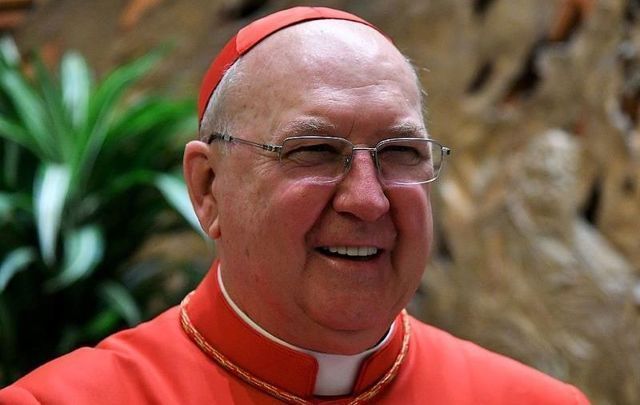 Cardinal Kevin Farrell said that Christians needed to preach love and inclusion and stand up to racism. Getty

Irish-American Cardinal Kevin Farrell stood in solidarity with the George Floyd protests and said that Christians have a duty to stand up to racism and put the United States back on track.

Cardinal Farrell, who was born in Dublin, was speaking at a prayer service in honor of George Floyd at the Santa Maria at Trastevere Church in downtown Rome on Friday, June 5.

The Cardinal said that the entire world was watching events unfold in the United States with unease, and he said that it was a cause of great sorrow that racial issues still existed in the country.

"The whole world is watching with apprehension the wave of protests that is going through many cities in the USA following the unjust death of George Floyd," he said at the service. "Especially for us American citizens, it is a source of great sadness to see how discrimination, prejudice, and hatred on racial grounds still persist in our country.”

Farrell said that today's protests proved that the Civil Rights Movement of the 1960s had failed to remove all racism from American society and he said that Christians have a duty to preach love and inclusion.

Ideals like peaceful coexistence, equal protection under the law, and equal opportunities for all are inscribed in American DNA, according to Farrell, and he said that Christians must do their utmost to protect them and help their fellow citizens.

He said that black people are almost completely excluded from the opportunities laid out in the US Constitution and that the Constitution's principles often don't apply to them.

"How far have those principles penetrated the active lives? We all pray about it, we all talk about it. But in a real sense, how do we live it?

"How often does the system in the United States not permit that to happen? I think that that’s where the future of our country is. That’s what we need to speak out about," he said.

The Irish American Cardinal an former Archbishop of Dallas also prayed for George Floyd, his family, and all victims of injustice at the service on Friday.

Farrell also told the Associated Press that Floyd's death was so unfathomable it seemed like a movie. Floyd died in police custody in Minneapolis after a police officer knelt on his neck for more than eight minutes while Floyd was in handcuffs.

"We would never think that that could possibly happen. They are trained individuals who knew that in that position, that person was not going to survive.