POLL: Will Irish America vote Democrat or Republican in 2018 midterms?

It's voting day! Will Irish America prove to be as divided as the rest of the country on election day? Have your say in our poll? 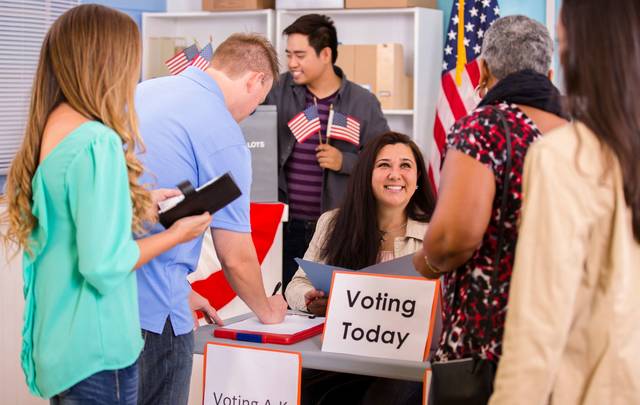 Multi-ethnic, mixed age group of people registering and voting in the November USA elections at their local polling station. Getty

It can no longer be said that being Irish or Irish American will cement your affiliation to one political party  - What way are you voting on November 6, 2018?

As the US takes to the polls today, November 6, for the midterm elections, interest from Ireland is also peaked. In particular, to see whether Irish names like O'Rourke will shine through in Texas or whether the staunch supporter of Irish unity Congressman Peter King will ever be ousted in New York.

With King and O'Rourke being pretty polar opposite in many of their political beliefs—King is believed to have played a role in the creation of Trump's travel ban while O'Rourke has rallied against the current administration's immigration policies —it just goes to show that Irish America is far from one large voting block that can be counted on to sway left or right.

If we focus simply on the House of Representatives in today's vote, however, will you be casting your ballot for a blue wave or hoping that your choice will aid in the Republican's retaining control?

Read more: Win or lose Beto O’Rourke is the new Obama for Democrats

Cast your vote in our poll, below, and let us know why in the comments section, below.

What way did you vote? Let us know in the comments section below.