Irish airports are trialling technology that would "enhance the overall customer experience for passengers" in part by lifting restrictions on carry-ons. 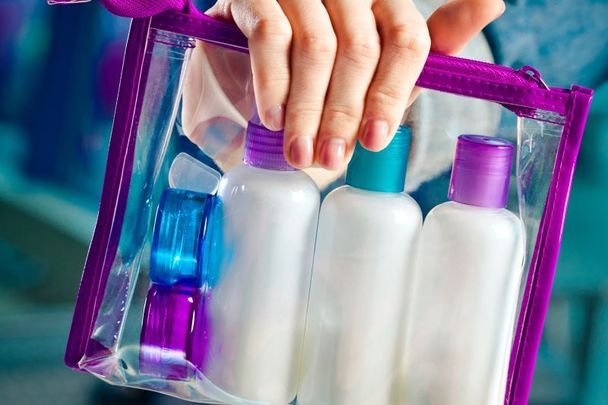 Size restrictions for liquid carry-ons may be a thing of the past at Irish airports thanks to new technology that's being trialed. Getty Images

daa, the operator of Dublin and Cork Airports, will be trialing new technology that would end the restrictions on liquids and laptops at security and on board flights.

“When installed, the new technology at Dublin and Cork airports will end the need to remove laptops and liquids from cabin baggage and will enhance the overall customer experience for passengers," Kevin Cullinane, daa Group Head of Communications, told The Irish Mirror last month.

"daa is currently trialing new enhanced x-ray technology at Dublin Airport which passengers will notice as they travel through the airport this Christmas," Cullinane said.

He noted that Dublin Airport has more than 30 x-ray machines across two terminals, so the trial will be a "complex process."

He added: “The recent announcement of €6 million in exchequer funding in Budget 2023 will be put towards the upgrading of the passenger security screening area at Cork Airport next year.

“This project will involve the purchase of the new state-of-the-art equipment, as well as the completion of significant civil works within the terminal building."

Cullinane said that for now, daa “continues to implement the EU-wide aviation security regulation in relation to the 100ml limit for liquids, lotions, gels, and pastes at Dublin and Cork airports."

A spokesperson for Ireland’s Department of Transport further told the Irish Mirror: “Regulations in this area are a European competence and are not made at national level.

“However, the regulations provide for different arrangements for the carrying of liquid and gels in cabin baggage depending on the screening equipment installed.

“Shannon, Kerry, and Donegal Airports currently allow the carrying of liquids and gels above 100 ml and do not require liquids and gels or large electronic equipment to be removed from baggage for screening.

“By 2024, equipment upgrade programmes at the other Irish airports will mean that the same arrangements will apply.”

In March 2022, Shannon Airport in Co Clare lifted the 100ml restriction on liquids that can be taken on board flights.

The restriction on liquids of more than 100ml no longer applies for outbound passengers at Shannon Airport, and passengers can travel with larger quantities of liquids as long as they fit into a cabin bag.

Shannon Airport has been able to remove the restrictions on liquids thanks to a new security system that was unveiled in October 2021.

"The new high-tech security screening system makes the removal of laptops and liquids from cabin bags a thing of the past and combined with the latest technologically advanced security scanning equipment, it reduces touchpoints, and will make the passenger journey through security quicker and easier," Shannon Airport said at the time.

RTÉ visited Shannon Airport this week amid news that Dublin and Cork Airports would be trialing the new technology:

The airport operating company, DAA, is trialing new x-ray technology at Dublin Airport that will eliminate the restriction on the amount of liquids that passengers can take in their carry-on luggage pic.twitter.com/1FqBBRSswk

In 2006, the European Commission adopted the restrictions on liquids being brought on planes after a terrorist plot to blow up aircraft while in flight using homemade explosives was thwarted. This ban was envisaged as a temporary restriction to be lifted when suitable technology to screen liquids for explosives became readily available.