Ireland's weather experts and government officials on standby by with orange alert weather warnings as path and strength of ex-Hurricane Lorenzo are determined. 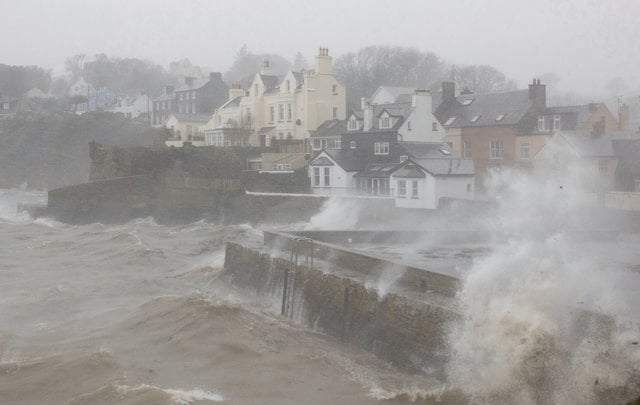 Ireland's weather experts and government officials on standby by with orange alert weather warnings as path and strength of ex-Hurricane Lorenzo are determined.

Ireland's meteorological services, Met Eireann, are on standby to issue an orange weather warning for certain parts of the country as the storm, which was formerly Hurricane Lorenzo, approaches Ireland.

As uncertainty surrounds the exact track of the hurricane, which is currently passing the Azores, Ireland's National Emergency Co-Ordination group is still on standby as they assess the strength of the storm expected to arrive to Ireland on Thursday. However, Ireland's Electricity Supply Board (ESB), Gardaí (Ireland's police), public transport operators and local authorities have already been told to activate their crisis management plans.

Infrared Satellite imagery, you can see hurricane #Lorenzo slowly moving north east, it is expected to transition into an extra tropical storm before it reaches Ireland. pic.twitter.com/pr2fFEKYRl

Evelyn Cusack, Head of Forecasting at Met Eireann told Tody FM on Tuesday morning that the storm will "give very wet and very windy weather, perhaps orange level warnings will be the worst... Perhaps touching status red on the west and north-west coast. But, we won't be issuing those warnings until Wednesday morning."

RTE News reports that there is a "greater agreement" that Hurricane Lorenzo will turn east-northeastward, close to Ireland, and then eastward towards, Great Britain. It's believed it will then dissipate over western Europe by Saturday.

Lorenzo is now an extremely powerful category 5 hurricane. It is the strongest hurricane on record this far north and east in the Atlantic basin. pic.twitter.com/nUR5ugJws7

Meteorologists warn that large sea swells generated by the Hurricane will spread across much of the North Atlantic basin over the next few days. These will produce life-threatening swells and rip currents.

Generally, across Ireland, winds are expected to pick up on Wednesday evening and heavy rainfall will continue throughout Thursday and into Friday.