Met Éireann's Dublin Airport weather station has recorded 57.1 mm of rain in the first 20 days of May this year, almost six times more rainfall than the 9.3 mm recorded in May 2020. 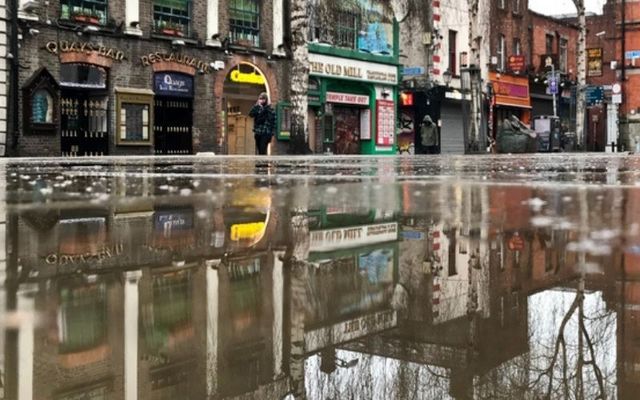 Ireland could be set for the wettest May on record with some weather stations recording rainfall levels six times higher than May 2020, despite being just two-thirds of the way through the month.

Met Éireann's Dublin Airport weather station has recorded 57.1 mm of rain in the first 20 days of May this year, almost six times more rainfall than the 9.3 mm recorded at the same weather station in May last year.

Rainfall at the Dublin Airport weather station in May this year has also been triple that of May 2018.

With ten days left in the month, rainfall in May has almost equaled the long-term May average of 59.5 mm.

Rainfall in the first 20 days of May is additionally greater than the combined rainfall for May between 2018 and 2020.

Met Éireann forecasts further heavy showers throughout Ireland over the weekend as the country's dismal May weather looks set to continue.

Temperatures will also continue to hover between 11C and 13C until Tuesday, around 5C below the seasonal norm.

Met Éireann's Athenry weather station in Galway has also indicated just how significant rainfall has been in the first 20 days of the month.

The weather station recorded 73.4 mm of rain in the first 20 days of May, almost 50% more than the total rainfall recorded in May last year.

Met Éireann also expects rainfall to match the station's long-term May average of 75.3 mm in just 21 days this year.

However, Ireland's meteorological service issued a hopeful update for June, stating that a "much more settled" picture is likely from May 28 until June 3.

Met Éireann also says that the "settled picture" is likely to continue until June 10 due to a period of high pressure that should see temperatures climb to the seasonal norm.