Ireland will sit on the United Nations Security Council alongside 14 other UN member states for the 2021 - 2022 term. 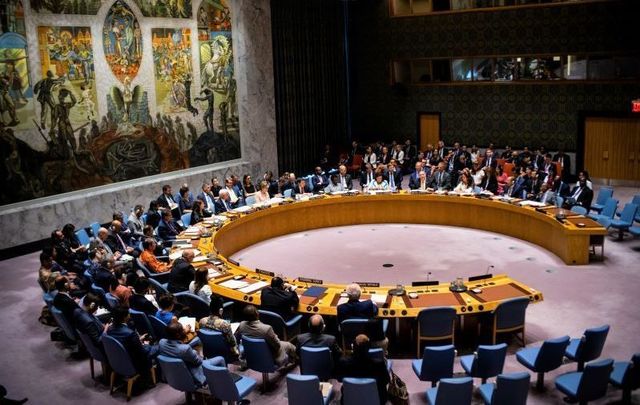 A meeting of the United Nations Security Council in New York City in August 2019. Getty Images

Ireland has won a fourth two-year term to sit on the 15-member United Nations Security Council.

Ireland has won another two-year term on the United Nations Security Council after a vote was held today in New York City. This is the fourth time Ireland has been voted onto the panel.

Members of the UN have honoured Ireland by placing their trust in us to take a seat at the Security Council & to do our best to further the objectives of peace, conflict resolution & security for all. pic.twitter.com/sBOBINzve3

Ireland was in a pool with Norway and Canada for today's vote, which required a two-thirds majority of 128 votes to win. Ireland won 128 votes, Norway won 130, and Canada, who has now lost out on a panel seat, received 108.

Announcing today's news, Ireland's Mission to the UN said, "As a small country, we are used to punching above our weight" along with a picture of Irish Ambassador to the UN Geraldine Byrne-Nason with thumbs-up:

As a small country, we are used to punching above our weight.

On the Security Council, we will continue to raise & amplify the voices of small nations. Thank you for your support. #UNSCelections#IrelandUNSC pic.twitter.com/tDtael9fbZ

Byrne-Nason was at the forefront for Ireland’s bid to win the seat. During the most recent debate surrounding the UN Security Council election, Byrne-Nason said “effective multilateralism” is at the heart of Irish foreign policy, and she touted the Irish people as “bridge-builders by nature.”

Ireland’s “mammoth” bid to win the coveted seat was launched back in 2018 and drew support from figures including President Michael D. Higgins, former President Mary Robinson, U2's Bono, and support was even shown at a performance of Riverdance at Radio City Hall in March.

Tanaiste Simon Coveney said he is “so proud" of Ireland today:

So proud of my country. Thank you to everyone for the honour of being elected to the UN Security Council @irishmissionun @UN

Taoiseach Leo Varadkar congratulated the country on the big win:

We did it! Congratulations Ireland, we’re back on the @UN Security Council! Well done to all the Irish team at the UN, in Ireland and around the world! @UNSC ⁦@irishmissionun⁩ pic.twitter.com/FBse26tsef

Varadkar and Coveney joined other Irish politicians to discuss the importance of having won the Security Council seat during a press conference in Dublin on Wednesday:

President of Ireland Michael D. Higgins welcomed the news and said in a statement on Wednesday: "The work of a dedicated team has been recognised, and I congratulate them on having brought what was a principled campaign, in a competitive environment, to both fruition and success.

“The support Ireland has received vindicates the decision to run a campaign that did not avoid the issues that are urgent; a campaign that engaged with global issues, such as peace-building and peacekeeping, the elimination of global poverty, the strengthening of multilateralism, and reform of the United Nations.

“The Irish campaign demonstrated an empathy with regional issues and the importance of a practical response in support of those most affected by climate change.

“Having a record of independence in voting on issues, and Ireland’s consistent lead in advocating for a reduction in armaments, stood to Ireland.

“Ireland was widely perceived as having an authenticity that would be delivered on these issues if elected.

“Congratulations to all involved in the campaign and good luck to all striving for achievement of the principles of the United Nations Charter.”