Parts of Ireland could be underwater by 2050, climate group says

Climate Central has warned that a number of major Irish cities are in danger if sea levels continue to rise, stating that parts of Dublin could become submerged over the next three decades. 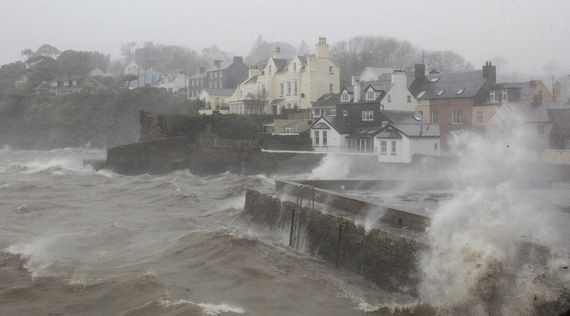 A non-profit climate organization has warned that several parts of Ireland could be underwater by 2050 if global temperatures rise by 2C in the next 30 years.

Climate Central has warned that a number of major Irish cities are in danger if sea levels continue to rise, stating that parts of Dublin could become submerged over the next three decades.

Several coastal locations in the capital could be affected by rising sea levels, with Howth projected to become an island and Dublin's Docklands projected to extend to Trinity College.

Furthermore, iconic landmarks like Bull Island on the northside and the Aviva Stadium on the southside are projected to be submerged by 2050 if temperatures rise by 2 degrees around the world, while whole areas such as Portmarnock are similarly predicted to disappear. 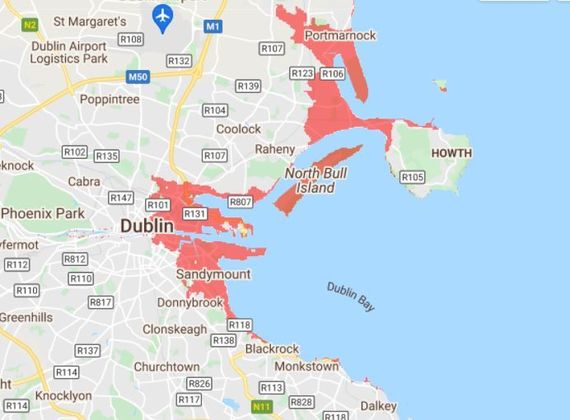 Climate Central additionally projects that numerous areas in Cork are set to vanish in the next 30 years, with the coastal towns of Cobh and Youghal in particular danger of becoming submerged.

Meanwhile, Cork City is also in danger of rising sea levels and Climate Central predicts that the city's Marina Market will disappear if temperatures continue to increase, while half of the University College Cork campus will also disappear. 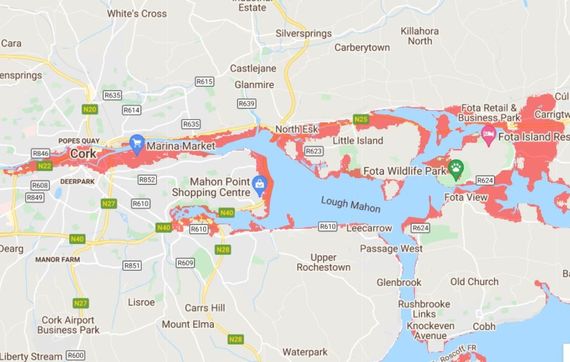 Clare and Limerick are additionally at risk of rising sea levels, with Shannon Airport, Adare Manor, and Bunratty Castle all potential victims of climate change. 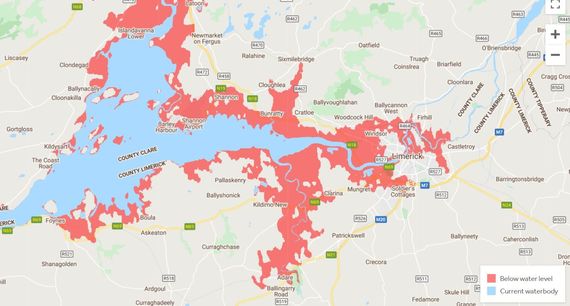 Popular tourist beaches in Wexford and Waterford are also set to vanish, according to Climate Central, while areas in Louth and Meath are also at risk.

In Northern Ireland, Belfast International Airport and the Titanic Museum are projected to be underwater by 2050, while areas on the banks of the River Foyle in Derry are also in danger. 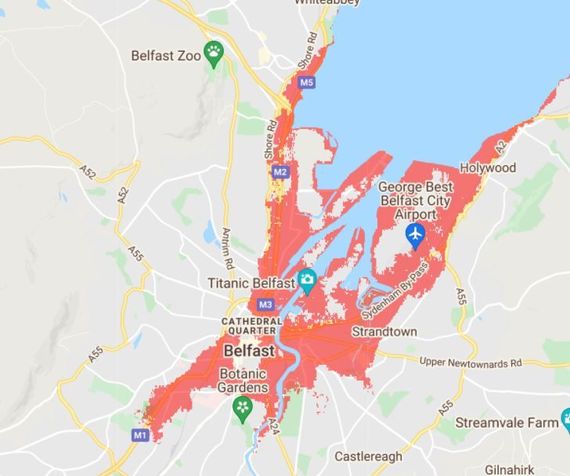 However, the Climate Central projections naturally come with several caveats.

The projections are based on global temperatures rising by 2C within the next 30 years, while it also doesn't account for the construction of dykes and levees to protect coastal areas from rising sea levels.

It also added that it is unable to accurately predict the effects of extreme flooding or storms over the next three decades.