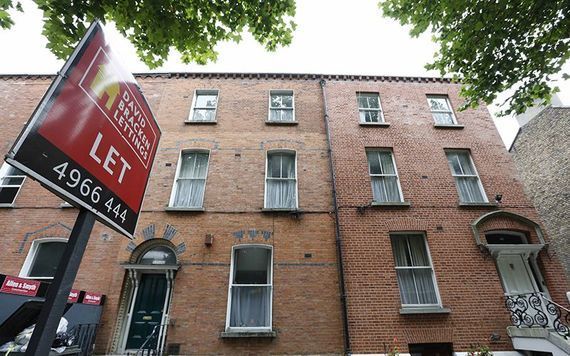 The Irish Government has approved the priority drafting of the Registration of Short-Term Tourist Letting Bill and the publication of the General Scheme of the Bill.

The bill, introduced by Minister Catherine Martin, will require all short-term rent advertisements to be registered with the Irish tourism body Fáilte Ireland. It is hoped that the requirement to register properties will discourage homeowners from putting their properties up for short-term let.

Under the new legislation, Fáilte Ireland will have the power to levy €300 fixed payment notices on homeowners who operate without a valid registration number, while Fáilte Ireland inspectors will also have the option to take cases to the District Court, where homeowners could face fines of up to €5,000.

Platforms that offer short-term rentals, such as Airbnb and Booking.com, must also ensure that properties advertised on their sites are registered or face a fine of €5,000 per listing.

The legislation affects any host offering a listing for 21 nights or less and requires hosts to register via an online portal. Hosts will have to input their details and confirm that they have planning permission, where applicable.

The new legislation aims to deliver on the Housing for All objective to make more efficient use of existing housing.

This could potentially return thousands of units to the long-term housing sector in line with #HousingForAll objectiveshttps://t.co/nLwSxPGd7K pic.twitter.com/4V7TOtdjtB

It is rare for planning permission to be granted for a short-term let in an area of high housing demand, such as Dublin city center.

Minister Martin said on December 7: "The measures announced today are an important step in addressing the availability of private residential rental accommodation.

"Housing for All includes an objective to make more efficient use of existing housing and we are aware that in some parts of the country an imbalance has emerged between the short term and long term rental markets."

“We have examined the international context and conducted significant research in this area, which has illustrated the issues caused by an imbalance in supply. These new regulatory controls will ensure balanced and sustainable tourism development.

"Addressing the housing challenges will also help address the staffing issues facing many tourism businesses as it will provide housing options to tourism and hospitality workers in these areas.

"Working with the Oireachtas, I hope that the legislation will be enacted in Q1 2023.

“To minimise disruption to the tourism industry and to tourists, property owners operating within the sector that need to apply for change of use planning permission are allowed, for a time-limited period of up to six months, to continue to offer their accommodation as tourist accommodation while their application is being considered.

"These new measures will bring our approach to regulation in line with major tourism destinations across Europe, including Amsterdam, Paris and Barcelona.”

Fáilte Ireland's chief executive Paul Kelly noted that Fáilte Ireland has conducted "detailed research into the experience of cities and countries across the world and have designed a registration system which will allow property owners to quickly and easily register short term letting properties."

Kelly said Fáilte Ireland is "mindful of the need to balance an appropriate mix of long-term private rental and short-term letting accommodation."

In a statement, Airbnb welcomed the new legislation, stating that the company wants to be part of the solution to the "historic housing challenge facing Ireland".

Derek Nolan, Head of Public Policy for Ireland at Airbnb, said in a statement that the new regulations were "good news for everyone".

"Every day, families in Ireland rely on Airbnb for affordable accommodation and for additional income, ever more vital as the cost of living continues to rise. Clear and simple rules are good news for everyone and will help more families share their homes to boost their income while making communities in Ireland stronger," Nolan said.

A record 11,397 were recorded as homeless in Ireland last month, according to figures from the Department of Housing.

Housing charity Focus Ireland said homeless figures have grown by 29% over the past 12 months.

There are currently 16,181 properties listed on Airbnb in Ireland, compared to just 1,376 properties on the Irish property site Daft.ie.