New research has mapped the shared ancestry between Ireland and Scotland.Getty

Ireland and Scotland's common ancestry has been revealed in the findings of a recent genetic mapping project that spans Great Britain and Ireland.

Published on September 3 in The Proceedings of the National Academy of Sciences (PNAS),  the study entitled 'The Genetic Landscape of Scotland and the Isles' presented a “genomic analysis of 2,544 British and Irish, including previously unstudied Scottish, Shetlandic and Manx individuals.”

The Royal College of Surgeons in Ireland (RCSI), who led the research, says: “The new data from Scotland means this is the first time the genetic map of the UK and the Republic of Ireland can be seen in its entirety.” 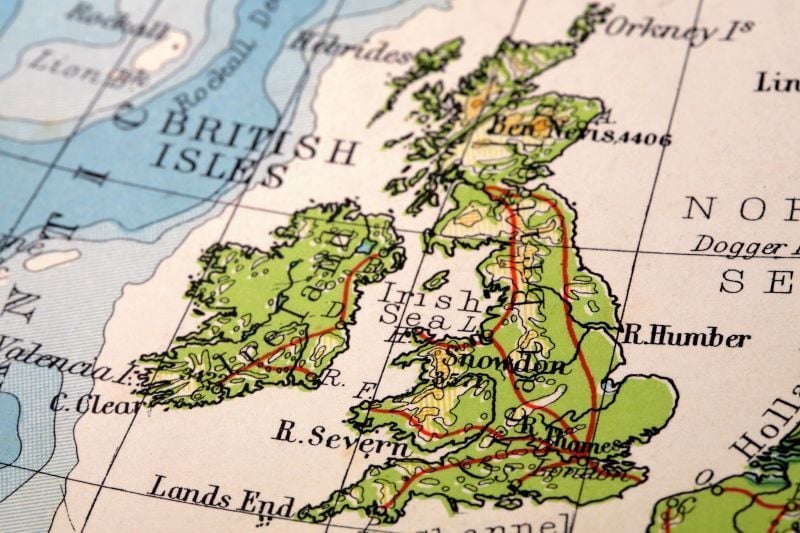 Ireland and their Scottish cousins could have more common ancestry than previously thought.

The study determined that Scotland is divided into six “clusters” of genetically similar populations. Of those six, the southwest and Hebrides clusters were found to “share particularly strong affinity for clusters of Irish ancestry.”

Elsewhere in the report, a comparison of the genomes of ancient Gaels buried in Iceland to the modern genetic diversity of Britain and Ireland found that ancient settlers in Iceland shared the greatest genetic affinity with those on the western Isles of Scotland and the North-West of Ireland.

RCSI also said that Co Donegal, which researchers were able to analyze in greater detail than ever before, is the most “genetically isolated region in Ireland observed to date.”

“This isolation shows little evidence of the migrations that have impacted the rest of Ulster.”

Gianpiero Cavalleri, one of the lead researchers on the project, said: “The discoveries made in this study illustrate from the perspective of DNA, the shared history of Britain, Ireland and other European regions."

"People are well aware of historical migrations between Scotland and Ireland but seeing this history come alive in the DNA is nonetheless remarkable.”

Dr. Edmund Gilbert, the paper’s lead author from RCSI, said: “This work is important not only from the historical perspective, but also for helping understand the role of genetic variation in human disease.”

“Understanding the fine-scale genetic structure of a population helps researchers better separate disease-causing genetic variation from that which occurs naturally in the British and Irish populations, but has little or no impact on disease risk.”

‘The Genetic Landscape of Scotland and the Isles’, was completed in collaboration with the University of Edinburgh, University of Bristol and the Genealogical Society of Ireland. Funding was provided by Science Foundation Ireland, the Scottish Funding Council, Wellcome Trust, and the Medical Research Council UK. It comes in the wake of the 2017 study, “The Irish DNA Atlas: Revealing Fine-Scale Population Structure and History within Ireland.”

New research has mapped the shared ancestry between Ireland and Scotland.Getty

Beating the battle of Coronavirus - this Irishman in New York survived