Respondents in Ireland felt regret about getting drunk more than a quarter of the time, the Global Drug Survey 2021 has found. 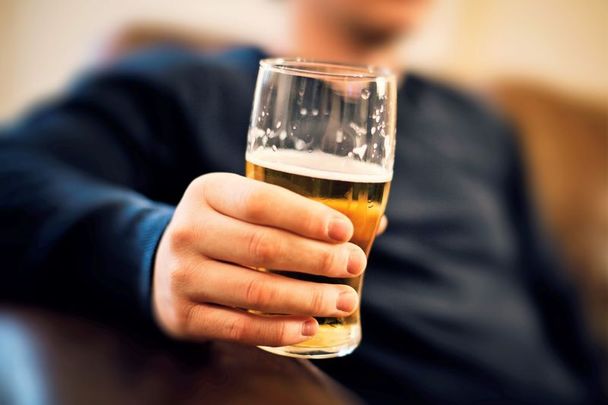 More than a quarter of the respondents in Ireland in the Global Drug Survey said they regretted getting drunk. Getty Images

People in Ireland regretted getting drunk 28.4% of the time, the Global Drug Survey (GDS) 2021 has found.

The annual Global Drug Survey (GDS), the largest drugs survey in the world, published its findings on December 1 which analyzed data collected between December 2020 and March 2021 from 32,022 people in 22 countries.

898 people in Ireland took part in the annual survey that found that 94% of respondents used alcohol in 2020.

The authors of the report note: "GDS is not a prevalence study. GDS data are from a non-probability sample and thus our findings are not representative of the wider population." They add: "The majority of our participants tend to be young, experienced with the use of illicit drugs, and employed or in education."

The survey asked respondents to consider social aspects of drinking alcohol on a scale from one to 10, with one being not important 10 being the most important.

Respondents in Ireland ranked the avoidance of harm associated with the use of alcohol at 7.4 on a scale from one to 10. The global figure was 7.3.

The amount of fun had with other people was ranked at 7.3 out of 10 on the importance scale by respondents in Ireland, while the global ranking was 7.4

The importance of maximizing pleasure was ranked at 6.1 out of 10 by people in Ireland, with the global ranking being 6.2 out of 10.

How many times drunk per year

The report says: "We defined drunk as ‘having drunk so much that your physical and mental faculties are impaired to the point where your balance / speech was affected, you were unable to focus clearly on things and that your conversation and behaviours were very obviously different to people who know you’.

“On average, respondents said they got drunk 14.6 times a year, so a bit more than once a month. Australian respondents got drunk about twice a month, whereas those from Mexico reported 8.9 times in the last 12 months.”

The authors of the report say they define regret in relation to alcohol as "wishing you had drunk less or not drunk at all."

“On average, respondents from Ireland felt the most regret this year, regretting it about a quarter of the time," the authors highlighted.

Ireland had the highest rates of regret with 28.4%, narrowly beating out Poland who had 28.3%. The global average in the survey was 21.3%.

Elsewhere in the annual report, the use of emergency medical treatment (EMT) being sought in relation to drinking alcohol was considered.

2.1% of respondents in Ireland sought EMT in relation to drinking alcohol, nearly double the overall average of 1.2%.

You can read the Global Drug Survey 2021 report here.