The population of Ireland is nearing five million for the first time in 170 years. 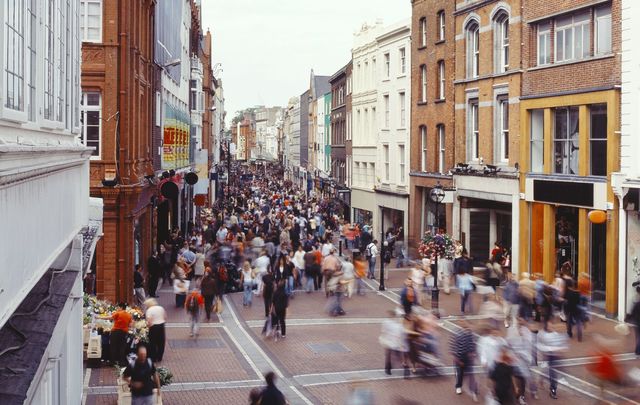 Ireland's population highest in 170 years, according to new figures.

The population of Ireland is edging closer to five million for the first time since the Great Hunger, according to new figures from the Central Statistics Office.

Having risen by 64,500 to 4.92 million people, Ireland's population is now the highest it has been in almost 170 years. The last time the population reached over five million was in the 1850s.

In the Census of 1851, the Irish population was recorded at 5.1 million but this dropped significantly by 1861 to 4.4 million as a result of the continued mass emigration caused by the famine.

In the year up to April 2019, the Irish population grew by 64,500, with almost 89,000 people migrating to Ireland within the same period. Just above 30% of those who moved to Ireland during this time were returning Irish nationals, with some 13% of the population (620,000 residents) now made up of non-Irish nationals.

Half of the 55,000 who left Ireland in that year were Irish nationals. Despite the concerns over Brexit, in the year to April 2019, 11,600 moved from Ireland to the UK.

Dublin, the nation's capital, now has a population of some 1.4 million, equalling 28% of the total population.

Since 2002, Ireland's population has grown by one million people. The rise is said to be a result of positive net migration and an increase in births.