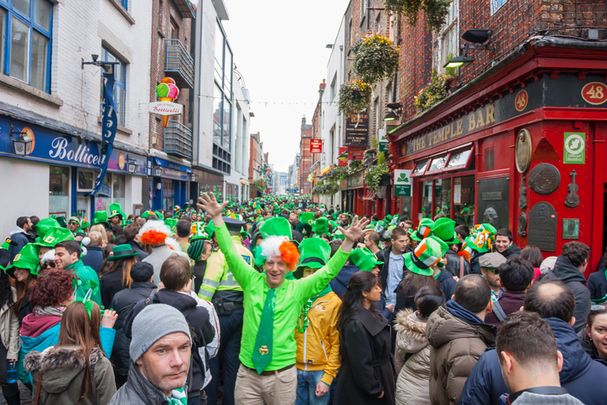 Ireland is known for the gaelic saying “céad míle fáilte”, meaning “a hundred thousand welcomes”, but a new survey shows that Ireland ranks 20th when it comes to friendliness.

The Expat Insider 2016 index was carried out by InterNations to determine the best places for expats to live. The report surveyed more than 14,000 respondents from over 191 countries. In the survey, Ireland ranked 23rd in terms of ‘ease of settling in’ by expats from other countries in the following subcategories; feeling welcome, friendliness, finding friends and language.

The index reports that, “Ireland ranks 20th in the Friendliness subcategory with just 4% feeling negatively about the general friendliness of the population compared to 15% globally. Indeed, three-quarters of expats in Ireland feel that the local culture is generally easy to get used to.”

Overall Ireland ranked 56 in the list of 191 countries in this new report, down 16 places from 2015. The report shows that the country ranks extremely low when it comes to affordable housing, availability of housing, healthcare, climate and weather, which put Ireland in the top 10 worst countries in all of these categories.

Perhaps the least surprising is that not one respondent in Ireland rates the climate and weather as very good, while 16% — the highest percentage of all countries — state that it is in fact very bad. The transport infrastructure does little to improve the quality of life with 36% saying it is generally bad compared to just a quarter globally.”

While these statistics may not seem encouraging, the actual number of foreign workers entering Ireland steadily increased between 2013 and 2015, according to figures released by the Central Statistics Office (CSO) in Ireland. According to the CSO, the number of foreign nationalities gaining employment within the country has seen a 75% increase from 25,526 to 41,853.

Internations is a social network whose goal is to bring their members together from different countries around the world to share ideas, advice, experiences, make friends, and network in a fun and inviting atmosphere. Internations currently has over 2.6 million members worldwide.

The Irish economy is continuing to recover from the global recession and is the fastest-growing economy in the EU according to the European Commission. Countries that have out ranked Ireland on the Expat Insider 2016 survey include Taiwan, Malta and Ecuador with the USA ranked 26th overall, while Kuwait, Greece and Nigeria were ranked among the worst places for expats to live.

Do you agree with Ireland’s ranking on friendliness? Let us know.