Ireland had its hottest autumn on record in 2021

Experts say Ireland's temperature trends are in line with rising temperatures globally and are due to "human-caused climate change." 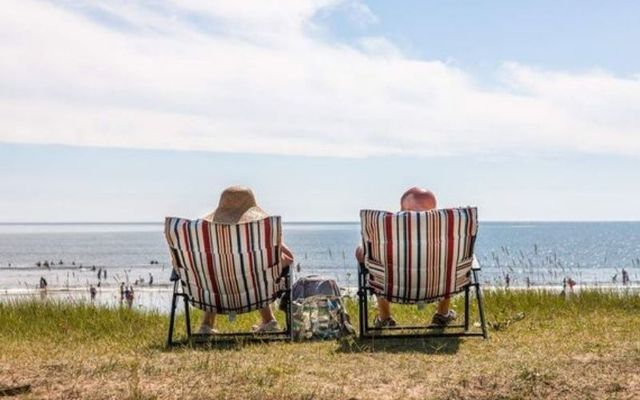 Ireland experienced its hottest autumn on record last year, according to Met Éireann.

Experts say the temperature trends are in line with rising temperatures globally and are due to "human-caused climate change."

In its Weather and Climate Review of the Year, the Irish National Meteorological Service noted that several temperature records were broken in 2021, in particular during the summer heatwaves, reports TheJournal.ie.

“Perhaps more notably though is the continuing pattern of milder temperatures, with Ireland seeing provisionally both its warmest September and warmest autumn on record," states the report.

According to the Met Éireann report, September "was provisionally the warmest September on record for Ireland with temperature records broken at several stations including Phoenix Park, which had its warmest September in 122 years.

"October and November were also mild months with mean temperatures above average across the country."

In December it was reported that Northern Ireland's mean temperature recorded across September, October, and November 2021 was 10.95°C (51.71°F), making the period the warmest on record for the region.

Keith Lambkin, Senior Climatologist at Met Éireann, said the country's temperature trends “are in line with the average temperature rise we are seeing around the world, due to human-caused climate change."

“While future temperature projections vary depending on many factors, ‘all’ future projections suggest further warming. This warming, as well as associated defensive actions, is likely to affect everyone in some shape or form.”

Back in 2019, the UN's World Meteorological Organization (WMO) reported a trend of rising temperatures for the subsequent five years.

Rowan Sutton, director of science for the National Centre for Atmospheric Science (NCAS) said at the time: “Over the next five years the high temperatures seen recently are likely to be sustained and that further warming may well occur, perhaps reaching new record levels for annual average temperatures."