The Irish heatwave could soon be over with the looming potential for Storm Chris to cool things down. 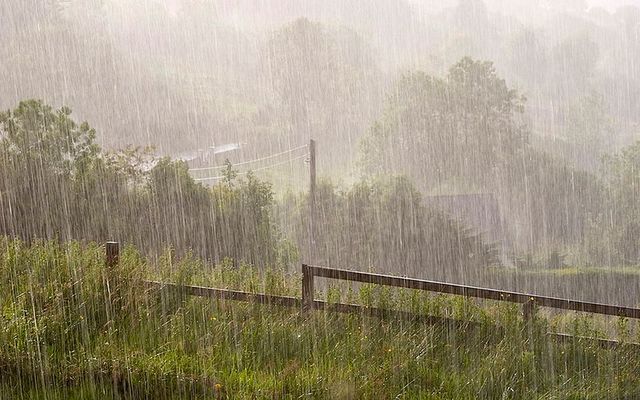 Rain and cooler weather could be on the way for Ireland. Flickr/Neil Tackaberry

Met Eireann, Ireland’s meteorological service, has forecasted rain and cooler temperatures from Storm Chris, which could bring a quick end to the Irish heatwave.

If Tropical Storm Chris makes its way toward Ireland from the U.S. East Coast, it could bring with it much cooler weather and give the country a great deal of relief. It has been stagnant for the past day or so, but it is said it will strengthen into a hurricane sometime over the course of today.

According to The Irish Mirror, while it may not be anywhere near Ireland, the remnants of the storm could prove to have a huge impact on the current conditions in the country. The weather models for the upcoming weekend are largely uncertain, however.

Carlow Weather’s Facebook page posted: “Tropical Storm Chris is causing some of the uncertainty in weather models for next weekend and beyond… The track of Chris could have a big influence on whether we hold our settled warm weather or see a breakdown with some rain beyond next weekend.

“The weekend is looking mainly warm and settled again but until Tropical Storm or possibly Hurricane Chris decides what path he will take, the weather models don’t know how to forecast beyond next week.”

Met Eireann noted on their website that the high-pressure system will continue to impact weather in Ireland for this week, but the pressure will gradually weaken with intermittent rain showers likely. The Northern part of the country, however, will be cooler and rainier than the southern part of the island.