Will a national potato shortage be announced in Ireland in July? 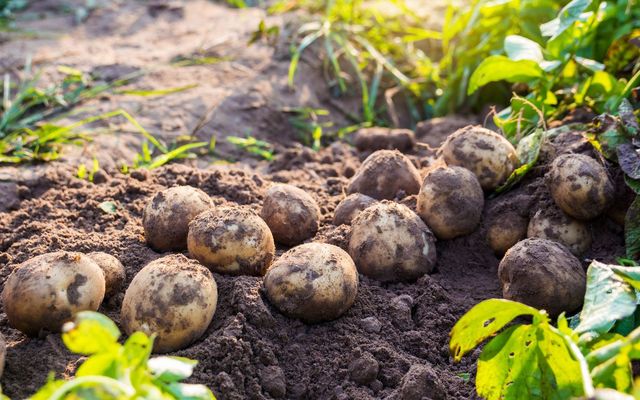 With the ongoing heatwave in Ireland, the lack of rain could potentially have an effect on Irish food production, in particular on the potato supply, with warnings that the price of fruit and vegetables could begin to rise as early as next week.

Amid warnings from the likes of the Irish Farmers’ Association (IFA) and after the bread crisis of The Beast from the East, Irish bookmakers Paddy Power are now placing good odds on a potato shortage to hit Ireland soon.

“We’ve already witnessed near hysteria when there was a run on sliced pans during ‘the big snow of 2018’ just a few short months ago. Now another Irish staple seems under threat as the boiling weather chips away at provisions,” a spokesperson for Paddy Power said.

Just heard on the radio there is a shortage of potatoes due to this heatwave!#pray4potatoes#crisis

It’s currently as short as 7/1 that a national potato shortage will be confirmed during the month of July 2018. And it’s even more likely that a leading supermarket chain in Ireland will confirm their supplies are limited (4/1).

“Early growers have suffered because of the cold weather. And once it gets 24C to 25C, they stop growing,” Eddie Doyle, of the potato committee of the Irish Farmers’ Association (IFA), told the Irish Independent.

Potatoes, milk, broccoli and many other foods will be affected.https://t.co/8subg7tjKa

“Yield will be quite light this year. I’d be fairly sure they’ll go up in price.”

“We would have had dry summers, Mays, and Junes before, but there would have been some rain,” added Dublin farmer David Rodgers.

“I’ll be lucky this year if it’s six or seven tonnes.”

England is also experiencing a shortage and is, unfortunately, not getting much sympathy from the Irish:

Ireland when the Brits come asking for potatoes now that THEY have a shortage: pic.twitter.com/uywf35DgRs

Ah cute. The Brits are freaking out over a potato shortage. https://t.co/m2msFAHhin