Ireland marks St. Patrick’s Day this week with a massive festival, with the country taking to the streets to celebrate for the first time since 2019, with parades, live music and dancing. 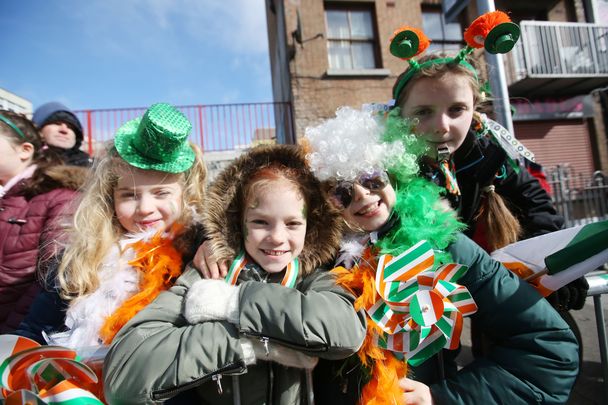 An extra bank holiday, Friday, March 18, has been added to the traditional March 17 public holiday to lead into a long weekend as Ireland celebrates its national festival without any of the restrictions imposed during the Covid pandemic.

The first passengers of a massive 800,000 that will travel through Dublin Airport over 12 days arrived early this week.

The theme for this year’s St Patrick’s Day festival, “Connections,” is aimed to encourage tourists to reconnect in Ireland after the pandemic.

Festival Director Anna McGowan explained, “The connection will be people coming into Dublin and being able to celebrate in person together, for the first time in three years.”

Ireland would have been celebrating on the streets two yours ago but arrangements in all cities and towns were suddenly halted when then Taoiseach Leo Varadkar, in Washington for St. Patrick’s Day, made an earnest speech which effectively shut Ireland down as Covid struck seriously in his country.

Little did Ireland know then it would be another two years before it emerged from serial lockdowns and restrictions.  Finally, just a fortnight ago, curfews, capacity limits at events, and compulsory masks were no longer demanded by law.

Micheal Martin, taoiseach this time, traveled to Washington on Monday for a series of engagements over four days, including a meeting with President Biden, to mark St. Patrick’s Day.

Live entertainment has returned in Ireland, but after being told for so long to stay home and keep away from each other, the question still remained. Were people ready to return in their droves?

The figures forecast by Dublin Airport prove they are.  But there also is still caution because of Russia’s war in Ukraine which has spiraled fuel costs, changed air routes and prompted concerns for traveler confidence.

Marching bands in the Dublin parade on St. Patrick’s Day are coming from Scotland, Germany, Ireland, and eight from the U.S.

Fears in other towns around Ireland that the street celebrations might have to be deferred for another year because of uncertainty over Covid and initial lack of local interest have been overcome.

One center, Donegal, had only six people – three from one family – at a planning meeting earlier this year, and it decided lack of interest meant the town parade was canceled.

However, local mayor Pauric Kennedy spurred his community into action and, after another meeting attended by 30 volunteers, the parade that’s regarded as among the best in Ireland outside of Dublin goes ahead on Thursday at 3 p.m.