Incidents of theft dropped by a quarter, while robbery, extortion, and hijacking were also down by 22.9 percent. 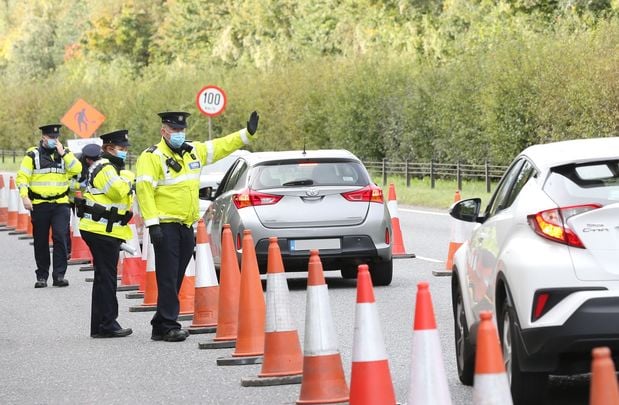 For most people in Ireland, 2020 was a year to forget, but there was at least one advantage to living under a lockdown -- there was less crime.

According to new figures, there was a sharp decline in recorded crime levels in Ireland last year, as restrictions were imposed following the onset of the pandemic.

Burglary and related offenses fell by over a third, with 5,810 fewer incidents in 2020 compared to 2019, according to new data from Ireland's Central Statistics Office.

Analysis of the data reveals that incidents of theft dropped by a quarter, while robbery, extortion, and hijacking were also down by 22.9 percent.

There was also a sharp decrease in the number of violent crimes, including attempts or threats to murder, assaults, and harassment, which saw a fall of 13.2 percent year-on-year.

The stats also reveal that sexual offenses were down by 10.6 percent on 2019 levels.

However, the Press Association reports that women remain at far higher risk of such crimes, even during the lockdown.

The number of male victims of attempts or threats to murder, assaults, harassments, and related offenses decreased by 19 percent last year.  Yet for females that figure was markedly lower, falling just 6.4 percent.

However, certain types of crime have increased during the pandemic, including an almost 15 percent rise in weapons and explosives offenses, while controlled drug offenses were up by over nine percent.

The number of homicide offenses also rose over the same period, with the CSO attributing the increase mainly to more incidents of dangerous driving leading to death.

Meanwhile, there were also 1,101 breaches of Covid-19 regulations, which were classified for the first time as crime incidents in 2020.

These included breaches of regulations relating to domestic travel restrictions, licensed premises, the wearing of face coverings, and international travel.