Northern Ireland's Public Health Agency confirmed on Thursday that a monkeypox case has been confirmed in the region. 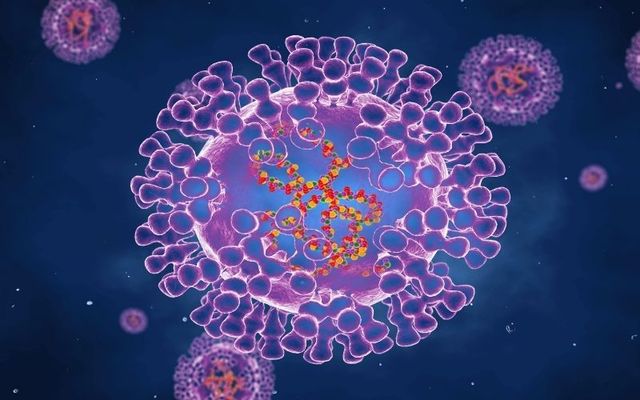 The first case of monkeypox has been detected in Northern Ireland. Getty

A new medical threat looms over Ireland just as Covid disappears into the background, although medical chiefs say a fresh, apparently less-threatening strain of the coronavirus has also been recently detected.

However, of more immediate concern is the feared imminent arrival of a West African strain of monkeypox, an infectious disease that has been reported in at least 15 countries, including several dozen cases in Britain and also cases in Spain, Portugal, the US, and Australia.

The Public Health Agency confirmed on Thursday, May 26 that a monkeypox case has been confirmed in Northern Ireland. No further details were released in order to protect the patient's privacy. A total of 79 cases of the disease have been confirmed in the UK to date.

In Ireland, a team has been set up this week to deal with the prospect of monkeypox infections arriving into the country. The management team will involve a number of professional groups, including the Health Protection Surveillance Centre (HPSC), the National Immunisation Office, and the National Virus Reference Laboratory.

Public health specialist Dr. Derval Igoe said that although there are no reported cases of monkeypox in Ireland, the management team has been established to prepare for the “eventuality” of the arrival of the disease.

She told RTÉ Radio there are so far no deaths worldwide and only two hospitalizations with the infection which can be spread through coughing and skin-to-skin contact including sexual transmission. Flu-like symptoms are usually mild and patients recover without medical intervention.

The cases already identified in Europe did not have a direct link with Africa, and the majority were young men who had been identified through sexual health clinics with localized rashes and general symptoms.

Igoe said the immune-compromised and those with young children were also at risk.

It appeared there had been some cases of “silent transmission where patients were unaware they were infected. It was possible that some cases would be seen in Ireland which was why the management team had been set up.

Igoe added that it was important for anyone experiencing the symptoms to isolate for 21 days and identify their contacts.

Assistant professor of virology at Trinity College Dublin Dr. Kim Roberts cautioned that monkeypox is not like Covid-19. It is not as infectious and has a much longer incubation period in some cases of nearly three weeks.

Monkeypox has some similarities to smallpox – a disease that killed hundreds of millions of people before it was eradicated worldwide in 1980 – but is far less dangerous.

Meanwhile, the first cases of a new Covid-19 variant of concern, BA.4, have been detected in Ireland, according to chief medical officer Dr. Tony Holohan.

No cases of a related sublineage, BA.5, have as yet been identified in the Republic, Holohan said in his latest weekly report on the pandemic.

BA.4 and BA.5 were designated variants of concern by the European Centre for Disease Prevention and Control earlier this month. They were first identified in South Africa in January and February this year, and have gone on to become dominant there.

Holohan said the two strains have a growth advantage most likely because they can evade immunity provided by prior infection and vaccination, particularly as this wanes over time.

Scientists have reported there is no indication the two strains are any more severe than previous omicron lineages of the disease.