Ireland ranked best in the world for handling of pandemic - again! 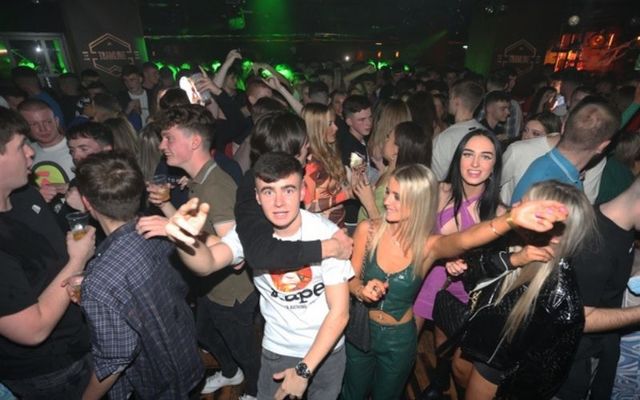 Late-night revelers at the TramLine club in Dublin after Irish nightclubs reopened on October 22. RollingNews.ie

Ireland has been named as the best country for its handling of the coronavirus pandemic for the second month in a row, according to a Bloomberg index measuring how the pandemic is being handled in the world's 53 biggest economies.

Bloomberg's Covid Resilience Rankings uses 12 indicators, including vaccination rates, mortality, containment, and quality of healthcare to offer a monthly snapshot of how the world's leading economies are handling the health crisis.

The index also measures a country's economic rebound and its ability to restart travel.

These are the best places to be during Covid:
🇮🇪 Ireland
🇪🇸 Spain
🇦🇪 UAEhttps://t.co/yElQBjdzLz

Bloomberg noted that reopenings are gathering pace across the world with global deaths set to fall to a one-year low in October.

It said that Ireland remained top of the rankings for a second month running "even as cases rise" because it has fully vaccinated more than 90% of its adult population and weakened the link between infections and deaths.

Bloomberg said that Irish hospitalizations remained at roughly one-quarter of what they were in January despite a rise in cases and a gradual reopening of society.

"The country is reopening cautiously, allowing bars and restaurants to resume normal opening hours for inoculated customers. Hospitalizations are at about a quarter of what they were in a January outbreak.

"It also benefited from a jump in gross domestic product thanks to the success of multinationals operating there, though that may mask a lackluster domestic economy."

Bloomberg said that Ireland held onto the top spot for a second month running due to having "one of the world’s best vaccination rates, signs for a rapid economic rebound and the Government’s decision to loosen both domestic restrictions as well as travel quarantine rules".

However, it also warned that Ireland's "weekly Covid fatalities hover in the double digits" and said that Ireland triggered a surge in cases late last year when the Government decided to reopen prematurely.

"With daily cases currently at their highest level since January, Ireland’s continued success will depend on widespread vaccination severing the link between easing curbs and virus spread. The Government will widen a booster shot program to all over-60s from next month."

Bloomberg said that European countries "will be put to the test" in the coming months as their vaccination programs face their "first real Covid winter".

Spain and the UAE rounded out the top three in the Bloomberg index, with Spain seeing infections, mortalities, and positive testing rates fall after being hit by the Delta variant in the summer.

Meanwhile, the USA jumped two places to 26th, although Bloomberg said that it may come under further pressure unless it can "re-energize a plateauing vaccination drive".

The UK, on the other hand, fell nine places due to a rapid rise in cases.